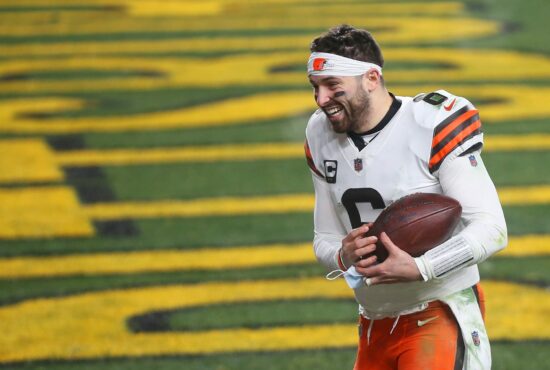 The Browns finally looked like a contender last season as they took a giant step forward, and who knows how the season would have ended if they managed to stop Chad Henne on 3rd and 14?

The running game was the real strength last season as it opened up all kinds of space for Baker Mayfield in the play-action game, but they do have an interesting situation where they might be better without Odell Beckham Jr.

The problems came on defense as they didn’t quite have enough to deal with the better offenses in the league, but they’ve addressed that in a big way in the offseason.

John Johnson looks like a great pickup at safety, they took one of the higher rated CBs in the Draft with Greg Newsome in round 1, while they may have also found a steal in round 2 with Jeremiah Owusu-Koramoah if his health concerns are negligible.

In many ways this is all about keeping the momentum going and improving on the defense, while they may have enough to win the division if they can do that:

This is one of the more interesting schedules as there’s an immediate chance for revenge in week one away to Kansas, while the double-header either side of the bye week with Baltimore should also be a fun watch.

There are plenty of winnable games early on to build up some momentum, and there should be plenty of positivity going into the new season