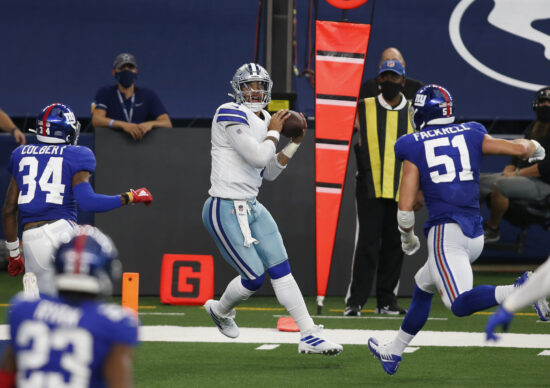 There’s little doubt that Dallas would’ve won the division last year if Dak Prescott had stayed fit, but then it shouldn’t have been in doubt if they had a competent defense either.

They ranked 31st in run defense, 28th in points allowed and 23rd in overall yards per game so they were playing at an immediate disadvantage, but things should be better this time round.

The drafting of Micah Parsons should make a huge difference to the linebacker unit if he’s able to play straight away, while the trade down in the 1st round allowed them to take five defensive picks in the first three rounds.

It’s a huge ask for the rookies to come straight in and turn it all around, but they should be a stronger unit overall.

Ultimately it’s going to come down to Dak Prescott and how well he recovers as there’s no real depth behind him, but they should be confident of winning the division if he’s fit and back to his best:

It’s a huge opening pair of fixtures for the defense as they’re going to get a serious test from Tom Brady and Justin Herbert, so it’s possible that a big win will be needed in week three to get them back on track.