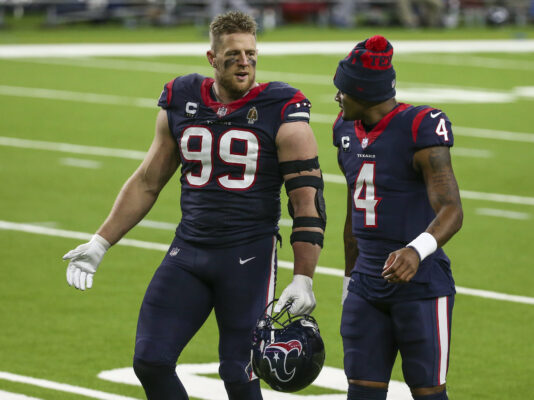 The Texans find themselves in a right old mess just now, so it’s probably going to take a few years for them to right themselves and become competitive again.

There’s been a healthy mix of shooting themselves in the foot with trading away the number 3 overall pick and also getting rid of DeAndre Hopkins for peanuts, but they’ve also suffered from circumstances outwith their control when it comes to Deshaun Watson.

Realistically it looks like they will need to do without him for next season and possibly for good, while the signs are even less positive when they took a QB when they finally got to pick in the 3rd round this year.

J.J Watt was allowed to leave so his quality and leadership is going to be an almighty miss, so there’s a fear that the defense may not be up to much next season.

At least there are some things to work with on offense with a solid O-line while Brandin Cooks is a very good receiver, and there is depth in the running game so they may need to lean heavily on that.

If Watson is forced to miss the season then there’s not a lot of hope on this team, and they may end up with an early Draft pick next year:

It’s been a fairly low-key schedule release from the Texans and a look online suggests the fans are not feeling positive about the upcoming season, but it all comes back to Watson and his status.