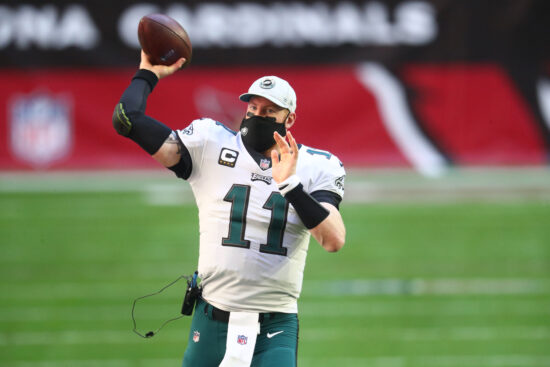 This is one of the more complete rosters in football, but they have had issues trying to find the long term replacement for Andrew Luck.

Philip Rivers was great last season as he went down swinging in the playoffs, but he was only every going to be a short term fix.

The prospect of Carson Wentz starting next year is fascinating for the neutral as he’s going to be a boom or bust type signing, but the Colts really need him to shine.

He’ll be well protected and there’s an excellent running game around him so he doesn’t need to be the hero on every play like he tried to be last year, while he also has a solid set of receivers to throw to.

The defense is one of the real strengths of this team but they did need to add something in the pass rush, and Kwity Paye was an exciting prospect going into the Draft.

Realistically their season will live and die with Carson Wentz, and they will be a fascinating team to watch next season:

There will be no chance for Carson Wentz and co to settle in to any easy games early on with a tough opening three games, but it’s also going to be the ideal chance to see what he’s made of.

If they can come through those three at 2-1 or better then they’ll be well set up for the season.