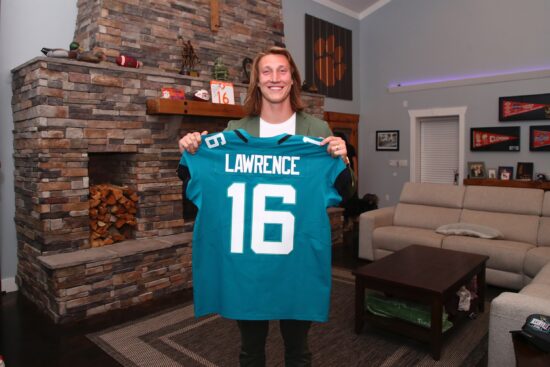 The Jaguars were successful in their “Tank for Trevor” efforts last season, and it finally looks like they have their long term answer at the QB position.

They were also able to double-down on the Clemson talent by taking his teammate Travis Etienne at RB, so this offense should suddenly have a serious spark next season.

All of the positivity has taken an unexpected turn as Tim Tebow is now listed on the depth-chart as a TE, so you do have to wonder if he might appear as some kind of running QB in the occasional package play.

There’s a very solid trio at WR with D.J Chark, Marvin Jones and Laviska Shenault, while the O-line should be solid if somewhat unspectacular.

The defense will also need to improve but the building blocks for a successful unit are there.

Josh Allen and K’Lavon Chaisson provide a good pass rush, the linebacker group has a solid pairing in Schobert and Jack, while CJ Henderson and Tyson Campbell could be an outstanding duo at CB too.

Next year will mainly be about development and taking steps forward for the rookies, but it will be exciting to see how well they can play at this early stage.

There are never going to be any easy games for a rookie QB or the team that was the worst team in football, but starting against Houston gives them a real chance to start 1-0 and create a base to build from.