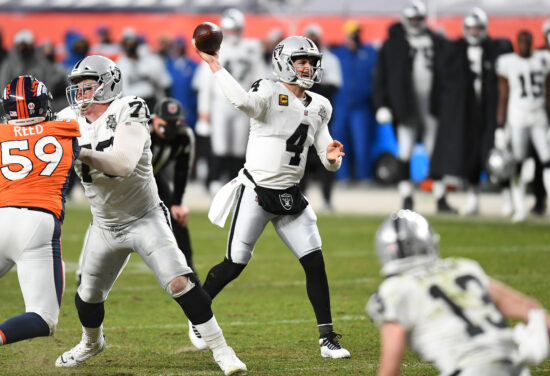 The Raiders had one of the more explosive offenses last year thanks to the phenomenal speed offered by Henry Ruggs, but it’s hard to tell if they’ll be the same this time round.

Nelson Agholor will be a big loss after amassing 896 yards last season, while they’ve blown up the O-line and brought in some new faces so it will depend on how quickly they can gel.

Alex Leatherwood raised a lot of eyebrows as he was drafted in the 1st round, but he looks set to start straight away so he’ll have the immediate chance to prove any doubters wrong.

The defense was an issue last year and it needed to be addressed when you consider they’ll play Patrick Mahomes and Justin Herbert twice a season, so that was reflected in the draft as five of their seven picks went on that side of the ball.

A playoff push is possible, but they don’t appear to have enough to unseat Kansas City at this point:

It’s certainly one of the more aesthetically pleasing schedules to start with a nice alteration between home and away games, while there are plenty of winnable games in there for Jon Gruden and his troops.

They don’t need to face Kansas until later in the season so there’s a chance to build up a division lead, while they also proved last year that they can beat the Chiefs.