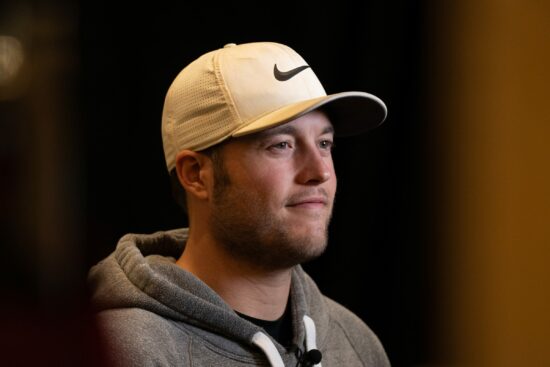 Only Jared Goff and Sean McVay will know how much input the coach had into his decision making during games, but they’ve finally gone out and got a top-tier QB who doesn’t need any hand-holding to run an offense.

In some ways it does seem harsh on Goff but he was also displaced by John Wolford at an important stage last year, so the addition of Matthew Stafford makes this one of the most interesting teams to watch going into next year.

Cam Akers emerged as a solid RB last year and they’ve added DeSean Jackson who will take the top off the defense, so they can make use of Stafford’s cannon of an arm too.

Some big names have been lost on defense but they can still build around Aaron Donald and Jalen Ramsey so they should be solid once again.

They are a team who tend to build around a few huge names and injuries could ruin them so that will be a concern, but it will be a surprise if they don’t make the postseason next time round.

This is a tough schedule for the Rams with plenty of potential Super Bowl contenders to face, while the matchup with Detroit in week 7 will be fun to watch as Matt Stafford will have the chance to slice his old side open.