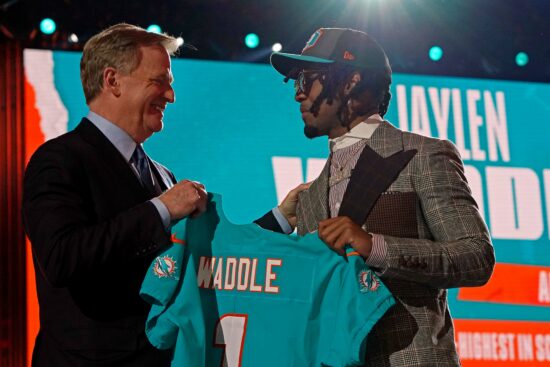 Miami were unlucky to miss out on the playoffs last year despite going 10-6, and it’s very possible that they would’ve made it if Ryan Fitzpatrick had stayed under centre.

Tua Tagovailoa didn’t really impress but it was his rookie season and he was coming off an awful injury, so more will be expected of him this season.

It’s been an interesting off-season with the release of veterans Kyle Van Noy and Bobby McCain, but they had five picks in the top 100 of the draft this year so there will be an expectation on those rookies to contribute straight away.

The offense has had a major bump with the pick of Jaylen Waddle and Will Fuller so Tua has plenty of weapons to throw to, while the pass rush and O-line were also given help.

This is a solid roster which should be competitive in every game, but it’s largely going to come down to Tua making the leap in his second season:

The Dolphins will hope they fare better on the opening day compared to their comfortable defeat to the Pats in last season’s opener.

They don’t have a bye week after the London game which is unusual but it gives them a rest later in the year, while the final day at home to the Pats could be vital when it comes to a play-off spot