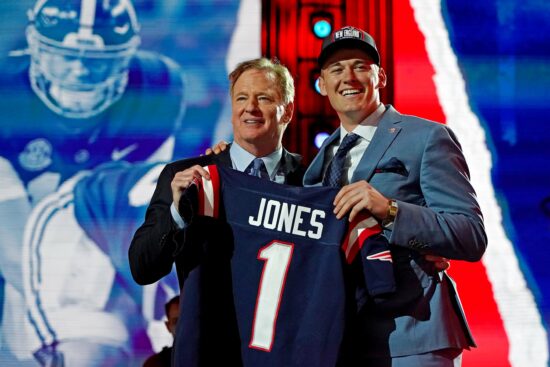 The Patriots were always due a transition season after losing Tom Brady and putting themselves up against the cap chasing a final Super Bowl, so it was probably a good achievement to win seven games last season.

Free agency was the perfect storm of Bill Belichick having tons of cap room, a lot of needs and other teams struggling with the cap going down, so it’s going to be a fascinating watch after some high-profile free agents were signed.

We’re going to see some TE-heavy formations next year after Jonnu Smith and Hunter Henry were signed, but the big story will be at QB where there’s an expectation that Mac Jones will eventually take over from Cam Newton.

The defense couldn’t stop the run at all last season so serious money was also spent on the D-line and the linebacker group, while the return of Dont’a Hightower will also be huge.

If the Pats do anything next season it does look like it will be in spite of the QB play rather than because of it, but you can be sure they will be a much more competitive side this time round.

The obvious highlight here sees Tom Brady bring his World Champion Tampa Bay Bucs back to Foxboro, and you can be sure this will be billed as the game that defines who’s better between he and Bill Belichick.

Obviously there’s much more to that argument, but it’s going to be a huge occasion and the Pats will fancy their chances at home if they can get off to a solid start.

It’s always hard to tell at this stage of the season but they should feel confident of returning to a winning season as a bare minimum, while giving Buffalo a run for the division can’t be out of the question either.