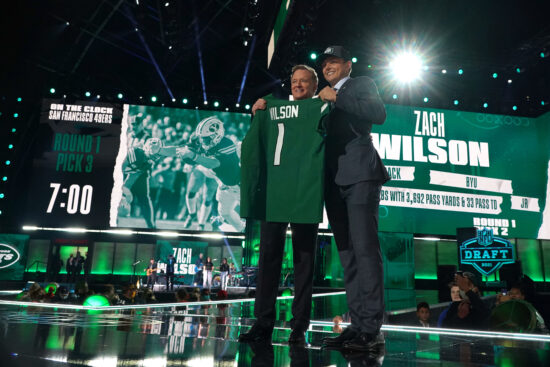 It finally looks like the Jets have stopped the rot in New York with the appointment of Robert Saleh, but this is still likely to be a season where they look to establish a base to build from.

Saleh should bring a serious improvement on defense when you look at what he produced in San Francisco, while there are some very useful pieces for him to build around.

Marcus Maye was a standout in a dreadful team, Quinnen Williams is a force to be reckoned with on the D-line while he could also unlock C.J Mosley at linebacker too.

The offensive unit needed a lot of help too, but some aggressive moves in the draft should also help here.

Zach Wilson was the unanimous choice behind Trevor Lawrence at number 2 overall, while they traded up to take Elijah-Tucker at guard so he should have some protection.

Second round pick Elijah Moore is highly rated, Corey Davis should be a solid pickup and Denzel Mimms has promise, while it would also be handy if the 2018 version of Chris Herndon turned up at TE.

A playoff push is unlikely unless Wilson absolutely blows the doors off in his rookie year, but serious improvement is expected:

There’s an immediate headline-grabber on opening day as they head to Carolina for what will presumably be labelled the “Sam Darnold revenge game“, so it puts immediate pressure on Zach Wilson as the comparisons between the two will be made after the game.