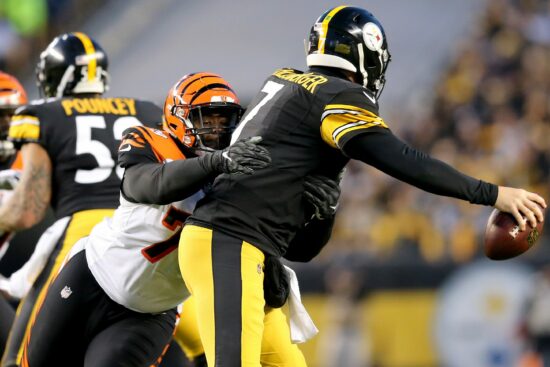 They were mocked for being the worst 11-0 team of all time last year, and it’s fair to say the wheels completely came off down the stretch.

It was always going to happen once the running game completely died and opposing defences figured that they simply needed to sit on the shorter routes, but Big Ben looks set to come back for one more year.

There may have been a temptation to trade up to find his eventual successor, but it looks like they’ve tried to load up the cannons for one final run after taking Najee Harris in the first round and TE Freiermuth in the second.

There’s a lot of pressure on Harris to contribute immediately but he could really open up this offense if he can get going straight away.

The defense was one of their main strengths last year and they did manage to keep most of their players around, although it will be a blow to lose Bud Dupree was was outstanding before picking up an injury.

It’s hard to see them retaining the division next year with the Ravens and Browns looking like the stronger teams, but it will all come down to making a big step forward on offense:

There’s a tough start for the Steelers as they go to Buffalo, but there are a few games that they should feel confident of winning before the bye week.

The final three fixtures will be as tough as it gets and they may not be playoff contenders at that point, but it will be a series of great matchups if they are.