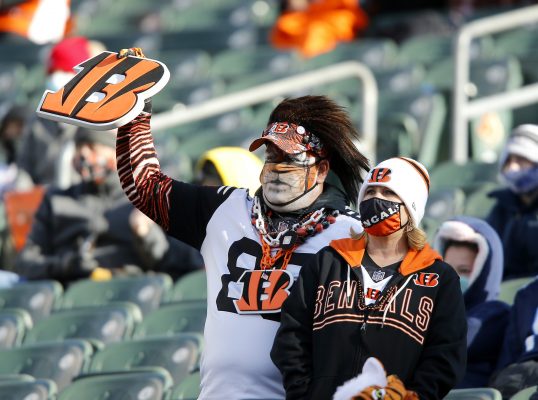 Missing gate receipts will cost the National Football League (NFL) a pretty penny down the road, with the league expecting losses of up to $2.7 billion from not being able to allow fans back at the stadium this season.

The news comes from Team Marketing Report, a business intelligence firm, which estimated the losses teams would inevitably generate. While the Las Vegas Raiders have already fetched covid-19-related penalties of up to $1.185 million, the amount is just a speck of what the league stands to lose.

To reach these results, the company used metrics such as Fan Cost Index (FCI), games with no fans and games with limited in-person attendance, and premium versus regular ticket prices. The company addressed the losses on a case-by-case basis, calculating missing revenue for individual franchises.

The metric known as gross gameday fan revenue (GGFR) doesn’t include other important revenue streams, though, such as non-NFL events, corporate sponsorships, media rights, suites leases, off-site sales, and so on.

This way, the company estimates that the Washington Football Team will be looking at $124.1 million missing on fan-based gross gameday revenue, and will miss out on another $15.5 million in fan-based income for each game.

Next in line is the San Francisco 49ers with the team expected to lose out on $112.4 million fan-based gross gameday revenue. Next in line come the Green Bay Packers ($112 million), the New York Giants ($109.9 million), and the Philadelphia Eagles ($109.1 million).

Even though losses will be big across the board, some franchises seem better equipped to deal with the ongoing pandemic and associated restrictions. The Cincinnati Bengals, for example, seem to be in to lose only $38.1 million, a good amount all things considered.

The Tampa Bay Buccaneers on the other hand will lose $48.6 million followed by the Indianapolis Colts for $61.6 million, the Jacksonville Jaguars for $61.8 million, and the Cleveland Browns for $62 million.

Other Leagues Are Losing Out as Well

TMR has taken the same holistic approach and reapplied it to other leagues as well, predicting some serious revenue cuts for the National Basketball Association (NBA) for example. While the NBA will face a tough spell, Commissioner Adam Silver and executives are launching the new season before Christmas, which will supposedly generate between $500 million and $1 billion. Yet, this won’t stop franchises’ purses from getting thinner.

With 258 cancelled regular-season games halted, the NBA lost $694 million in GGFR, and out of that amount, the Los Angeles Lakers seem to have lost the most – an estimated $52.7 million.

Another affected league was naturally the Major League Baseball (MLB), which had to reduce its regular-season schedule from 162 games per team down to 60. Yet, no other franchise has suffered as much as the New York Yankees who are facing a tough $437 million deficit, and club debt across the league is increasing.

If there is one good sign for the NFL here, it’s the fact that the league doesn’t rely on in-person attendance as much as it does on alternative revenue streams, such as partnerships. Meanwhile, the Dallas Cowboys can actually host up to 25,000 fans right now, which has been helpful in offsetting team losses.