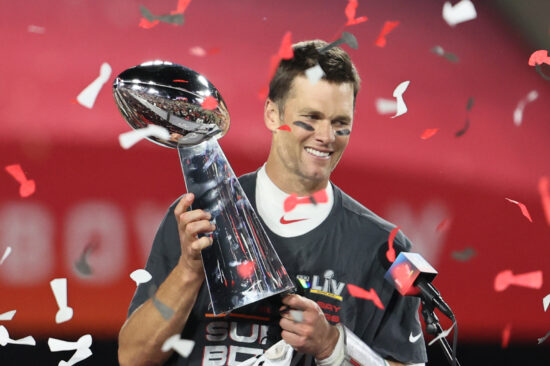 We are way past the NFL season kick off, and the most exciting competition in the world is in the center of attention.

The Super Bowl is still far away, but the debates about who has the biggest chances of winning the same are already going on for a long time. In this piece, you will have an opportunity to see which teams have legit chances to win the trophy and who is our pick.

Josh Allen and the Bills Taking Over

Even though the Bills suffered a few losses in recent times, they are looking like the most serious contender for winning the NFL Super Bowl title this year. Why?

Well, for instance, they have the top favorite for the NFL MVP award, Josh Allen, who is leading his team pretty rationally and with confidence. Also, the Bills are away from all the hype and unnecessary pressure like their other big rivals. Not having such a burden could be one of the biggest pluses for Sean McDermott’s guys in the upcoming period.

Packers and Bucks Leading the Herd

Tampa Bay Buccaneers and the Green Bay Packers are very close to the Bills, and they lead a group of potential candidates that all have solid chances of lifting the Vince Lombardi trophy.

The Bucs, Packs, and the 2019 champions, the Kansas City Chiefs, are all +900 slightly ahead of the two NFC West rivals, the LA Rams and the Arizona Cardinals, who are +1000.

All these teams are more or less the same, that is, have the same quality, and small details might prevail which one comes on top. The Packers have an easier schedule than the rest of this group, which could help them win the top spot in the NFC Conference and a bye in the first week of the playoffs.

Many experts see the rams in the Super Bowl game because of their aggressive trade moves, which saw them landing Von Miller and Odell Beckham Jr. They are by far the team with the most superstars on the roster. Unlike them, the Chiefs and the Bucs are under the radar in all the media but still near the top. We don’t need to tell too much about their qualities, because these two franchises are the last two champions.

As for the Dallas Cowboys and the Arizona Cardinals, they are probably the most attractive teams to watch of all the above mentioned, and both Dak Prescott and Kyler Murray could easily end up snatching the NFL MVP honors.

The Baltimore Ravens and the Tennessee Titans are both +1200 to win the title, and so far they are playing very well. However, what we need to add is the fact that both John Harbaugh and Mike Vrable have numerous trouble with injuries. The probability of seeing both the Ravens and the Titans collapsing at one point is very high, and they would need a miracle to keep it like this until the end of the way.

Yet miracles are something normal in the NFL.

At this stage, the team that looks the most stable is the Packers. Even though they had a few setbacks along the way, Green Bay is looking locked up, posting one of the best records in the league with lots of injured players, especially in defense. So, that aspect of the game can only be better as time goes by. Aaron Rodgers got through his COVID-19 case, and he is eager to hit back at everyone for condemning him due to his decisions and actions. And we all know that AR can be very stubborn and motivated in these situations.