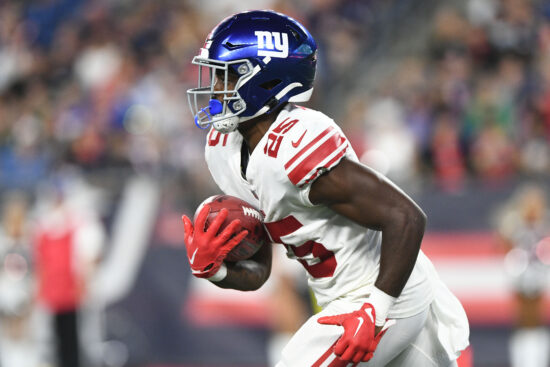 Looking at some of the games scheduled, when it comes to the best NFL Vegas picks, we are going to preview the Bengals vs. Giants.

The action in the NFL season continues as Cincinnati Bengals travel to the Big Apple for an interconference matchup against the New York Giants. We should see some starters involved in this event, though not much, according to the respective head coaches. They are still unwilling to risk anything and are waiting for the regular season to start.

Another Easy One for the Bengals

Easy in terms of not pushing too hard and having any competitive motive. Zac Talor was pretty clear in a couple of his interviews, suggesting that he doesn’t want to risk his starters, especially his stars.

The Bengals lost to Arizona Cardinals in the opening game of the preseason, with QB Jake Browning as the guy in the center of attention. He entered the game for injured Brandon Allen, who suffered a concussion early on, and had to leave the game. Browning recorded 190 passing yards, but didn’t have a pass for a TD, fumbling the football three times and once giving away the possession to the rivals. Meanwhile, Drew Plitt was much more reliable, 6/6 for 76 yards and a TD.

Kendrick Pryor and Trent Taylor were the primary targets with 89 and 74 yards, respectively, and they did a good job. The defense had problems on the four allowing thee rushing TDs and 112 yards on the ground.

Giants Hoping to Create the Momentum

It seems that Daniel Jones isn’t sure about the QB position. Tyrod Taylor shined against the Pats, and apparently, the battle for the starting job in New York is open. Taylor passed for 129 yards and a TD, while Jones had 69, sure he had fewer snaps, but still, Taylor’s performance earned him the advantage in the race for the starting position.

Saquon Barkley had four rushes for 13, and to be honest, the former No.2 pick, didn’t look anywhere near his glory days. We believe that the Giants won’t be counting on him as much as in the past.

But that won’t be a problem for the moment, as excellent replacements wait in line. Antonio Williams and Gary Brightwell combined for 101 yards and a TD, and the entire Giants’ crew racked up 177 yards on the ground, breaking an extremely physical Patriots’ defensive line.

The fight for the Giants’ QB starting position will continue, meaning that both Taylor and Jones will hit the field. On the other side, the Bengals are going to use their third-string QB, Browning, unless Allen gets the green light from the medical staff. Burrow is out of the question in this one as well, and he will probably play at home against the Rams. So, because of Taylor and Jones, plus the home field, we are going with the Giants.