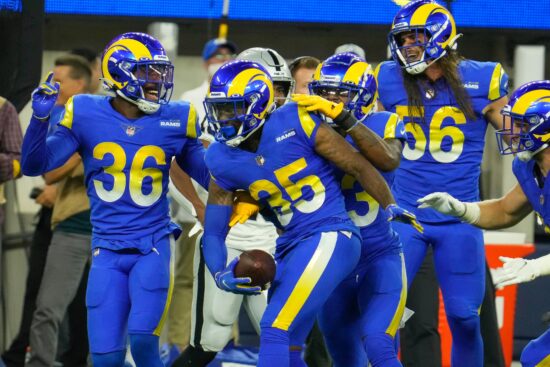 The rivalry between the Rams and the Chargers isn’t as ferocious as some others are, but over the last few years, we’ve seen some pretty competitive meetings. The Chargers won in the previous two preseason events, and the Rams would certainly like to change that, despite the absence of any competitive meaning.

Rams With the New Offensive Coordinator

Kevin O’Connell left the Rams following a Super Bowl win, landing in Minnesota, where he became the Vikings’ new head coach. Instead of O’Connell, the Rams brought back one familiar face, Liam Coen, who was already a part of the organization before spending a year at Kentucky at the OC position.

Coen will have plenty of work and must create chemistry as fast as possible. We are still not sure what are Cam Akers’ abilities after the injury, and finding a balanced rushing game will be the top priority for Coen at the moment.

That’s why we expect to see Jake Funk and others running back in the main roles during the preseason. Darrell Henderson Jr. might show up in with a substantial number of snaps. The defense is more or less compact, which is why we think that the Rams’ main goal is to optimize the offense as much as possible.

Brandon Staley was Sean McVay’s defensive coordinator throughout 2020. During his time with the Rams, the team was No.1 in the NFL in points and total yards allowed, and a lot of today’s success is a direct product of Staley’s effort.

He and McVay are good friends, but in this battle, we are sure Staley has enough motives to beat his counterpart. He already posted one triumph over McVay, and that was in the last year’s preseason game, but in the end, the Rams got the rings, while the Chargers didn’t even reach the playoffs.

The preseason clashes will be a big test for the WR Jalen Guyton, who now has a chance to impose himself as a reliable weapon because the Chargers don’t have some terrific speed down the field, and Guyton is the only one with such characteristics.

We expect to see a high number of points in this one because both teams want to overload their offenses. As mentioned before, there are certain things both McVay and Staley want to sort out on the offensive side of the field until the start of the year. The line for the total points is set at 31, which is, for us, a clear over.