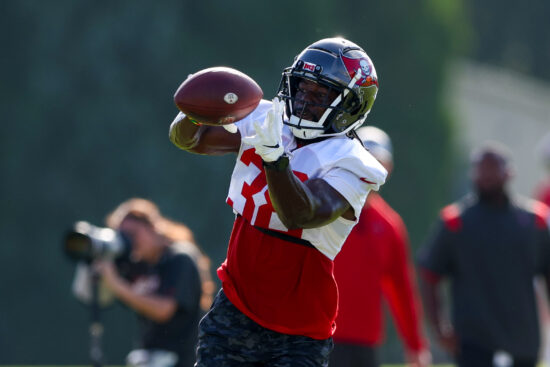 The NFL preseason games might not be as exciting as the regular-season clashes, but they still generate a lot of attention. Why? Well, the fans are desperate for some action, and simply everyone wants to see some football after a long pause.

*Please note – Odds are currently unavailable for this fixture. We will update this page as soon as they are released*

The arrival of the new head coach, Mike McDaniel, marks the start of a new era at the Hard Rock Stadium. Many are going to say that Tua’s appearance is the line for that, but we disagree. McDaniel should be the key in the Dolphins’ plans to attack the playoffs and everything that goes with it.

We won’t see too much of his specials against the Bucs in the preseason, and we doubt that he might use some of the biggest stars right away. For those who missed, the NFL’s fastest player, Tyreek Hill, became a Dolphin, and Miami now has very good options with him and Jaylen Waddle in the WR targets.

His focus will be on defense and testing all those youngsters who are in Miami’s training camp. Currently, the Dolphins have a talented defense, but with three notable names, and he wants more depth on each position. That’s why McDaniel puts a lot of his attention into this part of the unit.

The GOAT was retired but then came back and now wants another title ring on his finger. Tom Brady shook the world in the span of 40 days, creating unreal hype and attention, and that only aroused the fans in Tampa Bay. They are already fired up for him and his comeback, but be sure that Bruce Arians won’t put him in the game this Sunday.

Blaine Gabbert and Kyle Trask will lead the way in these preseason games, which is a chance for us to see what they can do. This especially refers to Trask, who is drafted as Brady’s potential successor.

A big blow for the Buccaneers is the news that the starting center, Ryan Jensen, injured his knee recently and that he might be out for the season. It means that all the eyes now are pointed towards Luke Goedeke and Nick Leverett, who need to replace him now.

Miami will be more motivated to play here and have more veterans at their disposal. Also, Teddy Bridgewater will probably show up, and that is a massive advantage for the Dolphins because he is still much better than his counterparts on the other side. Let us not forget that this guy used to be a Pro-Bowl a few years ago, and there aren’t too many such QB backups in the league.