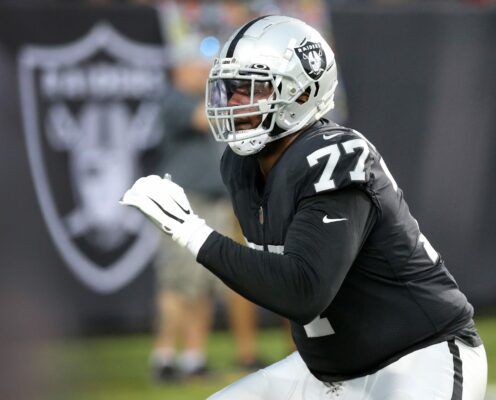 If you’re looking for some pre-season NFL Vegas picks, you’ve come to the right place!

The Las Vegas Rams are already in playing mode, as they had a chance to hit the field during the Hall of Fame Game. They rolled over the Jacksonville Jaguars, beating them 20-3.

Meanwhile, this will be the first appearance of the postseason for the Vikings. The team from Minneapolis has high hopes for this campaign and sees itself in the playoffs.

LA Rams won the Super Bowl due to their fantastic offense. The key guy in the story was Kevin O’Connell, now the Vikings’ head coach. He will have a lot of talent at his disposal, but the center of his attention is going to be Kirk Cousins.

Adam Thielen, Justin Jefferson, and Dalvn Cook, these three guys are all playmakers, and the only thing here needed is a bit better offensive line. Cousins’ protection in the past years hasn’t been that great. That’s why we believe that the Vikes are going to show up with a strong lineup on Sunday night. All these guys will have a few snaps, just for O’Connell to see the cons and pros on the field.

Meanwhile, the defense got some serious boosts, with Za’Darius Smith, the first-rounder Lewis Cine, and the second-round pick Andrew Booth Jr. This assembly has very high potential, and it could be among the better in the league.

Josh McDaniels immediately threw some of his stars in the fire. That is why we saw the running back Josh Jacobs against the Jags in the Hall of Fame game. Jacobs used to be one of the most talented RBs in the league, but he underachieved last year.

Las Vegas had 159 rushing yards in that one, with Austin Walter and Zamir White rocking the Jags’ defensive line all the time, and going through it like a knife through butter.

From what we’ve heard, McDaniels could put in Derek Carr and Davante Adams for a few snaps in the upcoming game, particularly because the Raiders are once again going to be in focus. This game is the only one scheduled for Sunday night. So all eyes are on the Allegiant Stadium.

The Raiders are returning home after a pleasant trip to Canton and will be looking to keep the same pace and swing. We expect to see McDaniels emphasizing the passing game in this one, and checking the Carr-Adams connection. Meanwhile, the Vikes are coming to Nevada to test their offensive capacity because, as we already said, that is O’Connell’s backyard. Our pick here is over 34 points which is the over/under line