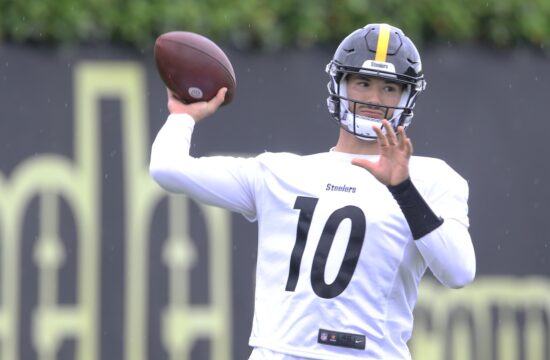 If you’re in search of some NFL Vegas picks, you’ve come to the right place! In this article, we are going to preview the upcoming pre-season fixture between the Seahawks and the Steelers.

Are the Seattle Seahawks done with the Russell Wilson hangover? The ‘Hawks seem to be in good spirits, but the question is whether they can patch the hole left by the legendary quarterback.

We could get an answer to that question tonight when they kick off their NFL preseason campaign against the Pittsburgh Steelers, who too are without their long-term QB. After 18 seasons, Ben Roethlisberger is no longer their signal-caller.

Geno Smith or Drew Lock – which quarterback will be Seattle’s starter in the 2022 NFL season? It all depends on who does better in the preseason. That said, the QB who gets picked by Pete Carroll for tonight’s game is likely going to give all he’s got on the field. So, who is it going to be?

According to the Seahawks coach himself, Smith is the more likely candidate to start in their first game of the preseason. No surprise there as the 31-year-old signal-caller has experience on his side having started a total of 34 NFL games in his career. However, only three of those starts happened with him wearing the Seahawks jersey.

When it comes to Lock, he’s yet to make his Seattle debut. The 25-year-old has started 21 games so far, all while playing at the Denver Broncos – the new team of Seattle’s ex-quarterback Russ Wilson.

Who’s Starting for the Steelers?

Pittsburg too is going to have a new starting QB in 2022, but who is it going to be? It’s almost certain that the answer is Mitch Trubisky. The former Pro Bowler joined the Steelers this year after spending a season serving as a backup to Josh Allen at Buffalo.

Trubisky might not be good as Big Ben in his prime, but he should be a decent replacement for Roethlisberger. Although the fans don’t expect him to win the Super Bowl for them this season, they do expect him to put on at least good performances as Big Ben in 2021.

So, is he up for the job? We’ll be able to judge it after we see him in action against the Seahawks. As confirmed by coach Mike Tomlin, Trubisky will start at quarterback tonight.

Sure, the quarterback is the most important position in the NFL, but this game doesn’t just come to who has a better back. Players from other positions will get their say as well, although it’s very likely that we won’t see too many starters on the field.

Instead, we’ll probably see a bunch of third-string players trying to show their talent to the world. In such cases, it’s always difficult to predict the outcome, but we do think the Steelers have more depth in their roster than the Seahawks.