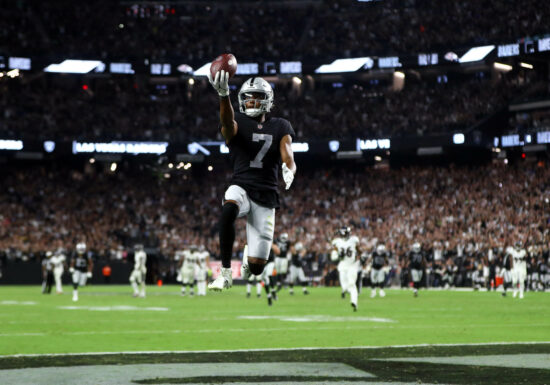 Most NFL games do present a clear favorite for the win, but we’ve seen enough upsets over the years to know they can’t truly be trusted. Week 1 is always dangerous for favorites when we don’t really know what to expect from teams who have rebuilt or had a large draft haul, and that was reflected in Week 1 of the NFL season as we saw a few notable upset wins.

The kind of game that’s magnificent for the neutral, this had so many twists and turns but there were several moments when Baltimore looked like they had this tied up.

The 14-0 lead when the Raiders couldn’t get anything going on offense looked formidable, while they also kicked the go-ahead field goal with only 37 seconds on the clock and Derek Carr had no time outs. Then came the late turnover after the Raiders thought they had already sealed the game to give Lamar Jackson the ball back, but Jon Gruden’s men found a way to get the OT win and finish the upset.

We all knew that Pittsburgh had a good defense, but it was still expected that Josh Allen would carve them apart and the Steelers simply wouldn’t have enough to keep up.

The Bills were 10-0 up at half time so it looked like they would stroll to the win, but they could only add six points in the second half and a blocked punt returned for the TD put the Steelers out of sight late in the fourth quarter for the huge upset.

Houston didn’t appear to be in a good place going into this season, so we all expected Trevor Lawrence to put up a solid display in a comfortable win, while Houston’s journey into the tank and the number 1 overall pick next year would begin.

What actually followed was a 37-21 win that looked better for the Jags after a garbage-time TD, so the Texans were well worth their victory throughout here.

The Falcons don’t look like being a contender this year, but the Eagles had so many issues and questions over their QB Jalen Hurts that this looked like it would be a comfortable home win for Matt Ryan and the Falcons.

Much like the Texans, the Eagles absolutely blew their opponents away with a 31-6 victory where they also scored at least 7 points in each quarter, so it did demonstrate some consistency on the offense too.

Dallas did look strong against the Bucs but they did lose, while the Giants and Washington Football Team lost in their openers so perhaps the division title is on for Philly this year.