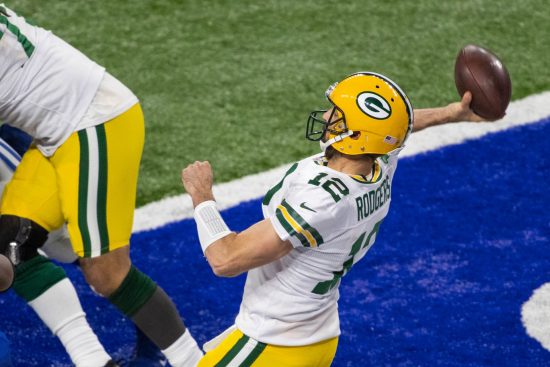 Two wounded teams clash at Lambeau this Sunday Night, as both the Packers and the Bears come into this matchup with lots of pressure and frustration. The home team had a perfect chance to post a big road win in Indianapolis, but they got exposed again, and it seems that as the season goes by, the Packers are showing more and more weaknesses. Meanwhile, nobody knows what is going on with the Bears, who have arguably the best defense in the league, but are terrible offensively.

Will it be still Nick Foles or going back to Mitch Trubisky? That is Matt Nagy’s biggest dilemma before this event. The Bears’ head coach has serious headaches because of his quarterbacks. To be honest, we can’t tell which one is worse.

The Bears have four straight losses at the moment, all of them under Nick Foles. With Trubisky, they were 4-1, but struggled badly. Still, the wins were there. Under Foles, Chicago still has numerous issues, and on top, the losses are coming one after another. Foles picked up a nasty injury two weeks ago against the Vikes, and there is a massive question mark above his status. The same goes for Trubisky, who has a shoulder injury.

So, whoever starts for the Bears, he’ll be pretty banged up. The team from Soldier Field has an excellent defense that allows just 20.9 points, but has a terrible offense. Believe it or not, the Bears score 19.1 points per contest. Nagy’s side produces 300.9 yards per game, the second-fewest in the league.

Packers Are Not a Title Contender… For Now

In the preview for the Colts game, we mentioned that Aaron Rodgers and his boys constantly fail to deliver when stumbling upon a decent team on the road. That was seen in Indianapolis this Sunday.

Even though they had a perfect first half, in which Packs demolished the hosts when needed to close the game routinely, they choked. Crazy luck and Colts’ poor discipline saved them from being defeated during the regulations, and they deserved that, to be straight with you right away.

All the eyes now are on Marques Valdez-Scantling, who fumbled the football in the overtime, which is not fair. Packs’ WR is not guilty because of the loss; the entire team was. A Super Bowl contender that scores just three points in the second half after 28 in the first? No thanks.

Bears at Packers Head to Head

Packers have a chance to bounce back and secure first place in the NFC North. They are not a Super Bowl candidate, but for sure, they are much better than the Bears, who are currently experiencing numerous problems. Green Bay’s easy win here shouldn’t be questioned.