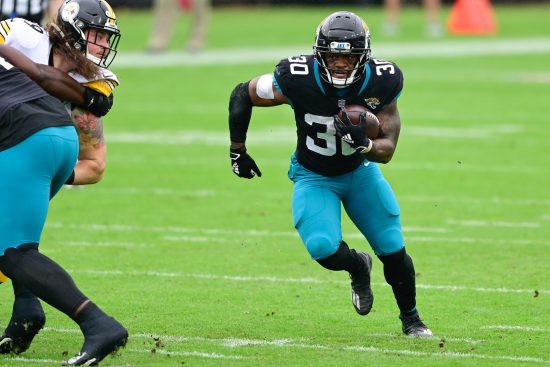 The Cleveland Browns are on the road for the first time in nearly a month, but strangely enough they probably don’t mind. Kevin Stefanski takes his team away from cold and windy Ohio weather from the last three games in a visit to 69° Florida to face the 1-9 Jacksonville Jaguars.

A Good Spot to Get Right for the Browns

Cleveland has been the victim of Mother Nature in each of their last three games at home in November. The recent run started with a windy 16-6 loss to Las Vegas, but has progressed nicely with a 10-7 win over Houston and 22-17 victory over the Eagles both in rainy conditions.

In a way the Browns have had a nice home field advantage in their last two wins considering they are a team built to run the football. The Las Vegas loss hurt because the team didn’t have Nick Chubb, but in the RB’s return the Browns have run for 231 and 137 yards against the Texans and Eagles, respectively. Chubb has 114 and 126 rushing yards since coming back from injury.

The weather effecting Browns games is no fluke. The Raiders had only 100 passing yards in week 8, Deshaun Watson was held to 163 in week 10, and Carson Wentz was just 21/35 with 2 TD and 2 INT last week. In that regard a trip South could give Cleveland another aspect in a passing attack that has been grounded the last three games. Baker Mayfield has to be anxious to open up the throttle after throwing for just 122, 132, and 204 yards the last three outings.

Not Much Incentive for Jacksonville Sunday

Jacksonville continues their 9-game slide after a season opening win over the Colts. The most recent loss was an expected one in a 27-3 loss to the Steelers where the Jags’ were +11 point underdogs. It was a very efficient trip for Pittsburgh, who got up 17-3 at the half and then just played defense in allowing only 73 yards rushing and 133 through the air to Jacksonville.

Doug Marrone has decided to make a switch at QB for the game against the Browns, opting for journeyman Mike Glennon over Jake Luton. Gardner Minshew continues to nurse back from a thumb injury, so Glennon will get his first snaps of the season. The 30-year-old only threw 31 passes in 2018 and 2019 combined, and last started early in 2017 with Chicago.

The Jaguars did a decent job of limiting the Steelers run game last week, holding Pittsburgh to 106 yards on 27 carries. Jacksonville faces another test when the Browns’ #3 run game comes to Duval County, where the Jags’ have the 3rd worst defense in the NFL. Ben Roethlisberger threw the ball 46 times last week for Pittsburgh, so seeing more of Mayfield, Jarvis Landry, and the Cleveland passing offense wouldn’t be a surprise Sunday against the Jags’ #29 ranked pass defense.

Cleveland’s offense might be secretly great, but we don’t know because they’ve played in the rain and wind the last three games. Sunday is a perfect opportunity to start putting some things ‘on tape’ for opponents to game plan against as Cleveland gears towards a postseason berth.