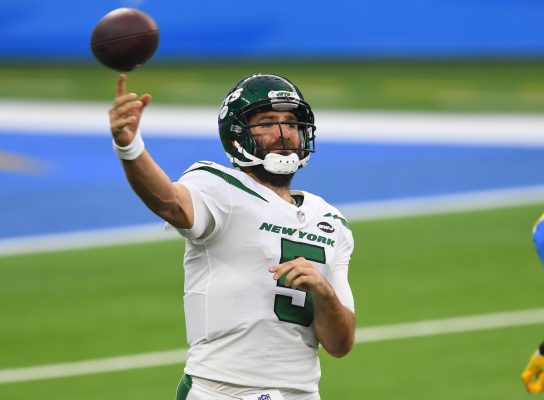 The ‘Get Right’ game for Miami.

The Dolphins five game win streak snapped last Sunday with an unexpected loss to the Denver Broncos on the road. Rookie QB Tua Tagovailoa was even benched in the second half due to a lackluster 83 yard passing performance as the Dolphins only put up 10 points in the first half. However Miami Head Coach Brian Flores already said Tua has his job back for this week as the Dolphins look to push ahead and get into the playoffs after a tune up game versus the Jets.

The Dolphins find themselves two spots out of the last wildcard spot as the NFL recently expanded the playoffs to include three wildcard teams instead of the traditional two. This means their motivation to win should be million times higher than the Jets who are still winless and look to be “playing” to secure the number one pick in next years draft.

Miami brings to New York Sunday an offense that averages over 26 points but doesn’t have many weapons on paper. DeVante Parker has been their one bright spot on offense, with over 500 yards receiving and four touchdowns. However you never know what you are going to get with this offense as they barely could put up points against the lowly Broncos last week yet beat out the red hot Arizona Cardinals by putting up 34.

With this being said, it is fair this team feeds off their defense. They have stifled the run, only letting up 130 average on the season and just 20 points. They can partially thank the division they play in for this as the traditional powerhouse New England Patriots have been a shell of their former selves and the Jets are of course the Jets.

Any Hope to Win for New York

This is a Jets offense that has only been averaging 14 points a game and relying on rookies like La’Michal Perine and older veterans like Joe Flacco to carry the load on offense. This clearly has not worked so far, but the Jets might have caught a break with the  Dolphins this week for a few reasons. They are coming off an unexpected loss, and even though Tua left the game because his play was sub-par, he has a thumb injury and is listed as questionable. This means that Ryan Fitzpatrick could take over behind center.

And forget “Fitzmagic” for a second and look at the stats. He has thrown eight interceptions on the year and just ten touchdowns. This means a Jets defense who has been dying to force a turnover, ranked 20th in the NFL, could have shots at actually forcing mistakes and limiting the few weapons this Dolphins team actually has to small plays to keep it close.

Regardless of injuries to Tua and the play of Fitzpatrick, the Jets have even less weapons than the Dolphins do meaning a game manager is really all Miami needs to secure a win in this one. However the one thing I will be cautious of in this one is the spread, Miami is favored by seven points, where the Jets last two games have just been lost by a combined nine points.