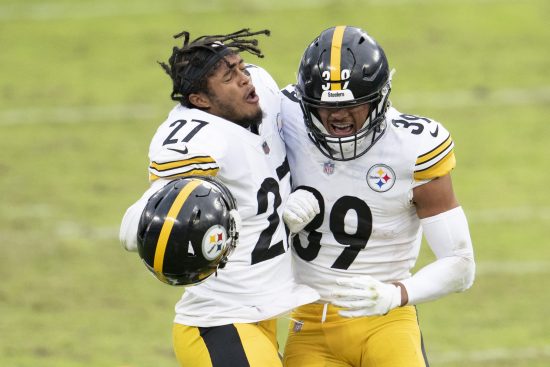 The 10-0 Pittsburgh Steelers host the Baltimore Ravens in the closing match of the Thanksgiving Day program.

The hosts blew up everything that stood in their way up until this point. Mike Tomlin’s crew is simply unstoppable, even though many believe that they still didn’t reach 100% of their potential. The recipe for winning is simple – ferocious defense, followed by a pretty good attack, all that orchestrated from the bench by a former Super Bowl champion. On the other hand, the Ravens are losing their grip. A defeat against the Titans in Week 11 was their third in the past four events, and they are not even second in the AFC North anymore.

Steelers Gliding Through the NFL

We haven’t seen a dominant team like the Steelers are this year for a long time. They are the best defense in the league, and the proof for that came against the Jaguars. Even though they are not an elite team, especially with Jake Luton as the starting QB, Jacksonville was used for sending a message. And that message is that the Steelers aren’t going to slow down or have any mercy until winning the Vince Lombardy trophy.

On the other side, Big Ben had 267 yards for two TDs and one interception, and 111 of his yards were towards Diontae Johnson. Chase Claypool and Eric Ebron both had a TD catch, while Benny Snell Jr. delivered a rushing score.

Ravens on the Downhill

As said in one of the upper paragraphs, Baltimore lost three times in the last four weeks, and the alarm went off at the M&T Bank Stadium. A very problematic situation is that all three losses came against the AFC teams, and two of them were at home.

Baltimore had everything in its hands during the third period, leading 21-10, but they just stopped, allowing the guests to comebacks and even to take the lead in the last minutes. During the overtime and the final period, the Ravens’ defense was helpless against Derrick Henry, with the strong RB generating 133 rushing yards.

Apparently, the injuries broke Ravens’ will, with several big-time defenders out for a long time. Meanwhile, Lamar Jackson struggles, and the clash vs. the Titans showed that – LJ had just 186 yards with one TD and pick each.

The two AFC North rivals meet often, and they already played one game this year. The Ravens lost at home to Steelers, 28-24.

Right now, the spread the Steelers need to cover is 2.5 points. It is a field goal, and judging by the way the Ravens play, that isn’t going to present a problem for Roethlisberger and his crew. The rivalry between the two sides is massive, and Pittsburgh will try to use the current situation and hurt Baltimore’s pride.