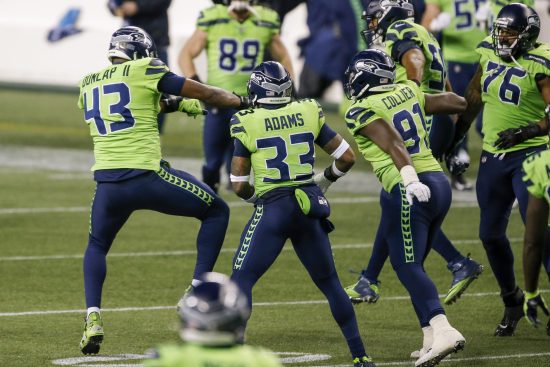 Monday Night Football takes place in Philly this time, where the Eagles host the Seattle Seahawks.

Unlike the guests who are high-flyers, birds from the City of Brotherly Love are in very poor shape. However, there is one resemblance with the Seahawks. The Eagles are first in their NFC East, while the franchise from Seattle shares the top spot in the NFC West with the LA Rams. It is pretty fascinating, wouldn’t you say? That is the NFL. And we like it.

Seattle Recovering and Catching the Rhythm

Pete Carroll’s guys had three losses in four games before beating the Arizona Cardinal last Thursday night. However, that one win was worth a lot, as they not only avenged the previous loss against this opponent but pushed back their surge in the NFC West. Cards are now one win behind the Seahawks.

Seattle’s defense showed up that match, pressuring Kyler Murray, who had just 15 rushing yards and was hit pretty bad a couple of times, which didn’t happen in the first game between them. The disbalance between Seattle’s offense and defense is still pretty big, with the defense allowing more yards, 446.3 that their teammates generate, 419.9.

Yet that is not that problematic when you have Russell Wilson, who posted 30 TD passes so far, and DK Metcalf, who caught nine of those tosses. The banged-up backfield is still creating problems, though, with Chris Carson injured. Everything will be clear to you once we say that Wilson leads the team in rushing yards with 367 on 55 carries.

We said unbelievable in a negative context, not positive. Eagles’ quarterback simply can’t show up this season, and we can just imagine how Philly’s fans feel when he throws an interception or fumbles the football.

So far, one of the highest-paid QBs in the league recorded 20 turnovers, 14 picks, and six fumbles, while on the other side recorded 14 touchdowns. Right now, his passer rating is 73.3, a career-low. The way Wentz plays, we have a feeling that it can be worse.

Head coach Pedersen finds himself in a very delicate position, with fans on one side demanding to see Jalen Hurts on the field, and with Wentz’s massive contract on the other. For now, Pedersen is sticking with his veteran QB. On top of that, the Eagles are in a playoff battle, even though they have one of the poorest seasons in the last decade.

The Eagles hosted Seahawks last year in the Wild Card round, with both sides having unreal injury problems. Seattle snatched a 17-9 win, after a hard-fought battle at Lincoln Financial Field.

The margin for the number of total points is 50.5. As said before, the Seahawks’ defense is mediocre, and that will create some space for Wentz and his offense. On the other side, we don’t need to speak too much about Russell Wilson and his crew, they are among the best in the league. Therefore, reaching 51 points in this game should be child’s play.