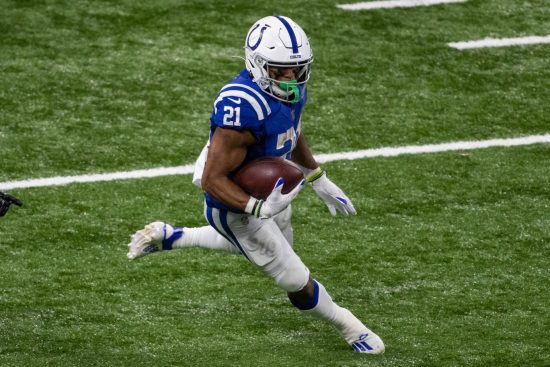 Odds keep on moving against the Tennessee franchise ahead of their trip to Indiana. We’ll examine why that is the case in our Titans at Colts preview.

Both teams are coming into the game with a 7-3 score after 10 games. Also, each team won their last weekend’s game after overtime. Knowing this, it’s fair to expect a close battle at the Lucas Oil Stadium.

Still, everyone expected a close game in Week 10, when these two had their first meeting of the 2020 NFL season, but the Colts won it relatively easily by 34-17. If they do it once again, Indianapolis is going to lock the top place in the AFC South.

Not only that, another win is going to take them one giant leap toward the Playoffs.

What Did Their Previous Meeting Teach Us?

These two have squared off once already this month. It happened on Thursday, November 13 in Nashville, where the home team got dominated by Phillip Rivers-led Colts. The QB was on fire that day, but he probably wouldn’t have done as much if it weren’t for his offensive colleagues to help out.

Running back Nyheim Hines was one of them. He led the backfield in that game, both in terms of rushing yards (70) and receiving yards (45), scoring two touchdowns along the way.

Michael Pittman did something similar. The 23-year-old wide receiver made 7 catches for 101 yards, as well as covered 21 yards rushing.

On the opposite end, Titans QB Ryan Tannehill really didn’t do much to lead his team’s offense. In that game, we saw him passing for only 147 yards, which is his worst score of the season.

The Tannehill vs Rivers Clash

Tannehill’s 147 yards in the first Colts vs Titans game was one of the three occasions this season when he passed for under 200 yards. His best performance was 366 yards in the game against Houston, in October.

On the bright side, Tannehill has thrown a lot of touchdown passes this season. In fact, when touchdowns are concerned, with 22 TDs, he’s in the no.6 in the list of top quarterbacks in the entire league.

When it comes to the quarterback rating, Tannehill currently stands at 106.9, which is significantly better than the score of the Colts QB, Phillip Rivers (93.6).

Tannehill is better than Rivers in another aspect of the game – his passes were intercepted only three times this season. The Colts quarterback had eight of his passes picked off.

With Tannehill playing relatively well, Tennessee should not be concerned much about the offense. Their biggest worry ahead of the Titans at Colts game should be their defense. Titans have conceded 259 points so far, which is more than six other teams in the AFC.

To make things even worse, they will be without their leading tackler in this game. Jayon Brown got injured in the previous game, hurting his elbow, as a result of which, he will probably have to sit out the rest of the season.

There should be a lot of points in this game, as both teams are way stronger offensively than defensively. Overall, the Colts are a better team, and anything but an easy win for the Indianapolis franchise would be a big surprise.