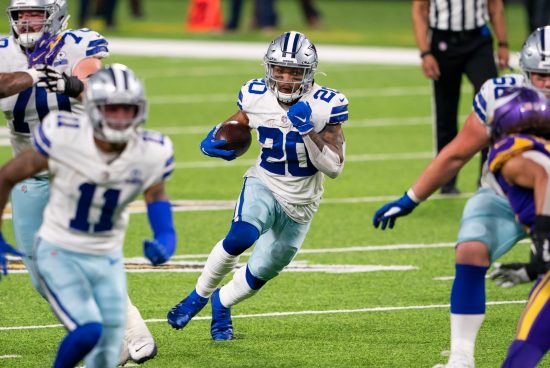 Good teams don’t necessarily have to be involved to make for a good game. The Thanksgiving matinee “Battle of the Bads” between the 3-7 Washington Football Team and 3-7 Dallas Cowboys has the potential to still be entertaining the way these teams are throwing the football around. Plus, every team in the NFC East has three wins, so believe it or not this matchup does have playoff implications.

Washington Better Than Their Record Indicates?

Washington has two wins and a couple losses by only a field goal over their last month of action. The WFT comes into the short week after a 20-9 win over the Bengals last week that was largely aided by Cincinnati losing their promising QB Joe Burrow to injury. Even so, Washington found their running game with 34 carries for 164 yards, something critical against Dallas’ #31 ranked rush defense.

If they can consistently run the ball, Washington could actually have some offensive diversity on Thursday afternoon. WFT quarterback Alex Smith had put up 325 and 390 yards passing in losses to the Giants and Lions prior to last week. Smith had just 166 yards passing vs. the Bengals with 1 TD and 1 INT, but that’s the balance that earned Washington the win.

Washington’s defense doesn’t get as much credit as deserved, which isn’t surprising considering the team is 3-7. WFT is 1st in the NFL in pass defense however, and ranks 6th in the league in total yards given up per game. Washington held the Bengals to 70 yards rushing on 18 carries, and allowed only 142 total yards in a 25-3 win over Dallas in week 7.

Like all teams in the conference, Dallas is still very much in the hunt in the NFC East, ½ a game back from the 3-6-1 Eagles. The Cowboys are at home for the Thanksgiving afternoon tradition, and also riding momentum after getting a 31-28 win in Minnesota last week against a Vikings team that had been on a bit of a roll.

Dallas welcomed Andy Dalton back as the starting QB against Minnesota after he missed the Pittsburgh game with a concussion. Dalton played well, going 22/32 with 3 TDs but is up against an old nemesis in Washington. Dalton started the week 7 game against WFT, going 9/19 for 75 yards and an INT – but he didn’t finish after suffering a concussion while getting hit in the head on a scramble.

A couple other positives that Dallas can build on following the Vikings win is that Zeke Elliott had 21 carries for 103 yards, his first time going over the century mark this season. Dallas also held Minnesota’s Dalvin Cook to 115 yards, which is manageable for the NFL’s 2nd leading rusher especially on 27 carries.

Every time you expect the Cowboys to start putting a run together, they ultimately fail in some sort of epic manner. Despite the win last week, the Cowboys defense still gave up 425 yards which could open things up for a big day from Smith. It’s hard to see Dalton matching that against this Washington secondary and pass rush.