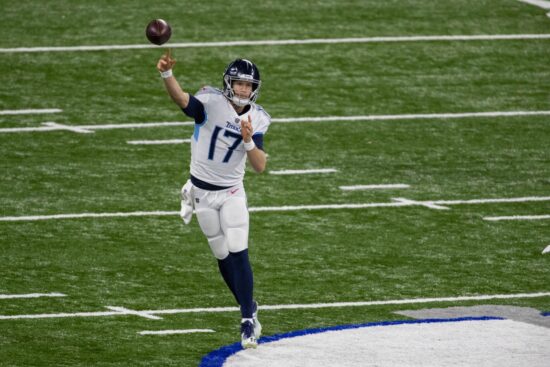 There are some undertones that the Cleveland Browns are a sham 8-3, potential playoff team due mostly in part to their 2nd worst strength of schedule and not because of talent.

Well, Kevin Stefanski’s team can take a big step towards legitimacy with a win on the road against the Tennessee Titans, a team that could be prime for a letdown after a big revenge win in Indianapolis last week.

We Don’t Know What We Have With the Browns

Cleveland’s resume isn’t the greatest, it’s hard to deny that fact. Aside from a week 5 home win over Indianapolis, the Browns’ wins have come against Cincinnati (2), Washington, Dallas, Houston, Philadelphia, and Jacksonville. Cleveland has failed in three major AFC tests against Baltimore, Pittsburgh, and Las Vegas.

Although their quality of wins may not be the best, teams still don’t want to face Cleveland solely based on their ability to run the ball led by Nick Chubb, who has 126, 114, and 144 yards on the ground since returning from a knee injury suffered in Dallas. Tennessee knows a thing or two about running the ball as well, but they are top-heavy relying on Derrick Henry. The Browns have one of the best second options in the league in Kareem Hunt.

Another scary thing about Cleveland is that they are largely an unknown due not only to the strength of schedule, but also Mother Nature. The Browns played three straight home games where the weather was cold, rainy, windy, or a combination of all three. Baker Mayfield didn’t throw a TD or an INT over that 3-game stretch, but has 7 TD to 1 INT in his last two ‘good weather’ games.

Titans Due for a Letdown?

Tennessee seems to be in a good spot, riding high after a 45-26 win over Indianapolis last week that put them in the driver’s seat in the AFC South. The win followed a 30-24 OT victory in Baltimore, and avenged a 34-17 home loss to the Colts a game prior to that. While back-to-back wins would seem to give the Titans momentum, could it actually leave them ripe for deflation?

Tennessee has been known to trip up at times this year, most notably in a 31-20 loss at Cincinnati in week 8. The Titans started 3-0 on the year, but by a combined winning margin of 6 points. Tennessee bowled over Buffalo 42-16 in a strange Tuesday game, and also was lucky to survive a 42-36 OT win against Houston in which Deshaun Watson was 28/37 for 335 yards and 4 Tds.

Mike Vrabel’s team may have shown signs of being overrated, but they’ve also been really good the last two weeks. Derrick Henry had 178 yards rushing and 3 TD vs. what was Indianapolis’ #1 rated defense, following up 133 yards on the ground vs. Baltimore. A.J. Brown also has a TD catch in 7 of the last 8.

Both teams are going to run the ball Sunday, and likely effectively. This game comes down to whether Baker Mayfield has a meltdown game or not, and another game playing in nice weather after a rough cold, windy, and rainy gauntlet in Ohio a few weeks ago should help.