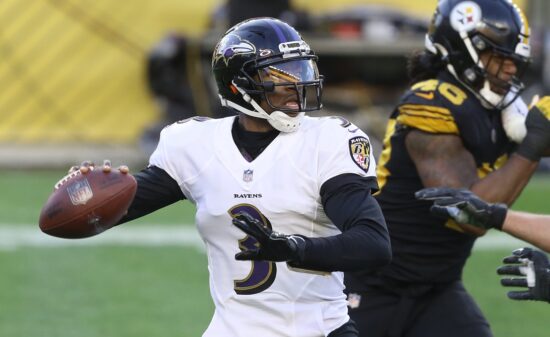 Dallas should be well rested, as the last time we saw them in action was a Thanksgiving afternoon stuffing at the hands of Washington, 41-16. The Ravens were supposed to play last Thursday, but had their game with the Steelers postponed multiple times before finally losing 19-14 on Wednesday afternoon.

Absolute Must Win for Dallas

The Cowboys are in an interesting spot, in last place in the NFC East but still only two games out of first in that awful division. Dallas has a very winnable game next week against Cincinnati in what would be a revenge tilt for QB Andy Dalton against his old squad. The Cowboys also have division games against Philadelphia and the Giants to close out the season, so 2020 isn’t over just yet for this team.

Unfortunately for the Cowboys, if they want to have any chance at winning the NFC East, Tuesday’s game is a must-win. That’s not ideal for a team that is 1-4 on the road this season and were just ran on for 182 yards by Washington. Dallas does have that extra rest though, and they posted a 31-28 win in Minnesota their last away game.

The Cowboys also might not need much from their offense to get this win. The Ravens have been held to 24 points or less in five straight games and have the league’s 2nd worst passing attack. Dallas managed just 247 total yards against Washington however.

Ravens Getting Players Back

Baltimore hung tight with the Steelers on the road in the awkward circumstances last Wednesday. It was a very strong showing considering the Ravens were missing a large portion of their team due to COVID contact. 2nd string QB Robert Griffin III also got hurt, so Baltimore was operating with 3rd stringer Trace McSorley.

The good news is that Baltimore will be getting reinforcements on Tuesday. Lamar Jackson, J.K. Dobbins, Mark Ingram and possibly Willie Snead could all be back in the lineup against Dallas. The Cowboys are rested after not playing since last Thursday, but a good chunk of the Baltimore team hasn’t played in two weeks either.

The Ravens are also coming off a strong defensive performance, holding Pittsburgh to just 19 points including 68 yards rushing. In other years the Cowboys’ running game might be a threat, but Zeke Elliott had just 32 yards on 10 carries vs. Washington, and has went over 100 yards just once this season.

Dallas is extremely one-dimensional right now, and that one dimension isn’t very good. A couple extra days of rest can only do so much when you’ve got a bad scheme on both sides of the ball. At 6-5, the Ravens are clinging on to the last playoff spot and games like Tuesday night’s with the Cowboys are must haves.