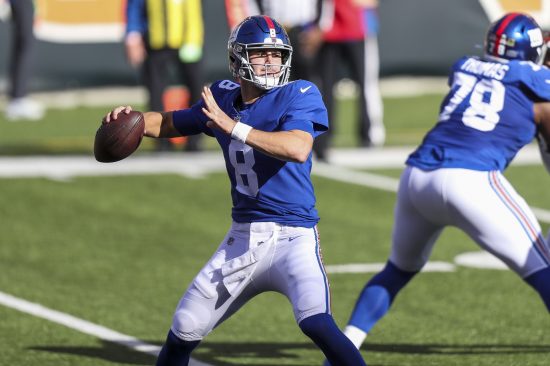 Settle Seahawks are now heading back home following a Monday Night win, to prepare for the New York Giants.

The Seahawks’ win provided them the top spot in the NFC West and allowed the Giants to jump up to the NFC East’s first place. Even though some might think this should be a derby, things are not like that, as Seattle has 8 wins and three losses, while NYG holds the record of four victories and seven defeats. Nevertheless, they are fired-up following the latest success and the fact that they suddenly find themselves inside the playoff zone.

Suddenly, the Giants are in the playoff zone, and not just that but hold the fourth seed. Of course, this isn’t because of an improved record, but due to the rules that allow division leaders to automatically have the playoff entrance.

New York was much better in the past few weeks, and after losing narrowly to the Eagles and the Buccs, by a combined three-point margin, Joe Judge’s guys posted three victories in a row – vs. Washington, Philly, and the Bengals. Now, it is time to see them against the big dogs.

What could be a devastating situation for the Giants is Daniel Jones’ injury, with the young QB likely missing Sunday’s clash. Even though he has just 8 TD passes and nine picks this season, he is the team leader and is also the best rusher on the field with 403 yards.

The poor Giants’ attack will be beheaded without him, that is for sure.

In the shortest, this is how Seattle works in the offense. DK Metcalf had 177 yards against the Eagles this Monday night, and even though he stayed without a TD, he was a centerpiece of the Seahawks’ offense.

Metcalf is the No.1 in receiving yards in the league with 1039 in 58 receptions, recording nine touchdowns as well, and establishing himself as the clutch player, who likes to step up in the decisive moments.

He has a very good role model in the team, as Russell Wilson does the same thing ever since he arrived in the league. Wilson right now has 31 touchdowns and has an excellent pace to eclipse the 40-TD mark.

What is very convenient for the Seahawks’ fans is that Chris Carson showed signs of life, scoring a TD in his first game since late October.

The previous meeting was in 2017, with the Seahawks beating the Giants in New York, 24-7.

We don’t believe that the Giants would risk Jones’ health for this match. He will probably sit out this Sunday, which implies that the Seahawks should have an easy job against the guests. Covering a 10-point spread won’t be a problem for the home team. And to be honest, even if Jones appears, we would take the same pick here.