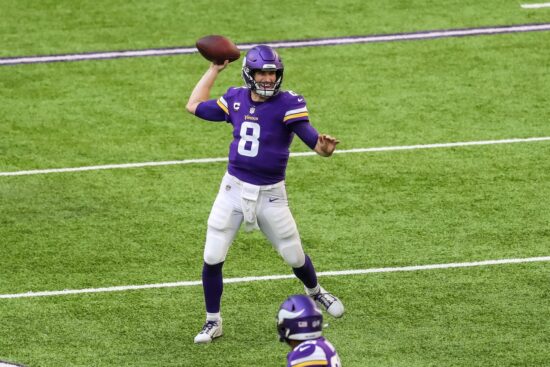 If it weren’t for the New York Jets, the Jacksonville Jaguars would be the very worst team in the NFL. The Jaguars (1-10) have won only one game this season. It happened in Week 1 when they surprise the Colts. Then, they entered a run of 10 straight losses, which they’re hoping will end with the Jaguars at Vikings game.

The bad news is that not many believe it can happen. The Jaguars are traveling to Minnesota labeled as huge underdogs, with oddsmakers giving +350 on the Jags. The reason for this is simple – the Vikings are the better team.

Another reason for this is that the Vikings are going to be super-motivated to win this game. If they do it, they’re going to get themselves even closer to securing a spot in the playoffs.

With the 0.091 winning percentage, the Jaguars are the second-worst team in the NFL. The only team that’s worse than them is the New York Jets, the only franchise that’s still without a single win in the 2020 season.

However, there’s one aspect of the game in which the Jets are superior to the Jaguars – the defense. The thing is that the team from Jacksonville has conceded 325 points so far, which is the highest number of all the teams competing in the AFC.

This could be a real problem for Jacksonville in the Jaguars at Vikings game, considering that the team from Minneapolis has been scoring a lot lately. It’smostly thanks to Kirk Cousins’ brilliant form.

Kirk Cousins on Fire for Minnesota

Even though he didn’t start the new season in top gear, after the bye week in W7, Kirk Cousins has been phenomenal. In his previous five games, the quarterback has completed 72.4% of his passes.

Over the same period, he’s averaged 258.6 yards per game, with 12 touchdown passes, and only one interception.

These stats show he’s one of the highest-paid players in the NFL for a reason. Still, Minnesota fans believe he could do even better. If he manages to up his game even further, we are going to see the Vikings in the playoff.

The Vikings have to play five more games until the end of the regular season. After the Jaguars at Vikings game, the Minnesota franchise travels to Florida to take on Tampa Bay Buccaneers, while on Christmas Day, they play the Saints. In both of those games, the Vikings are the underdogs.

The two other games are against the Bears and the Lions, which could be tricky for the Vikings. This is why it’s of utmost importance for them to grab a win against one of the worst teams in the league.

They surely have the quality for that, which is why it’s reasonable to expect them to cover the -9½ spread.