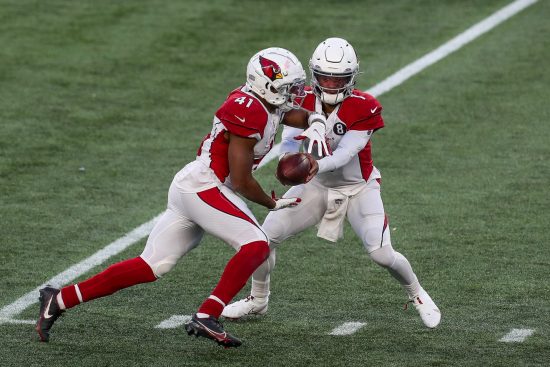 The NFC West divisional derby will highlight this Sunday’s NFL matches, with the LA Rams visiting the Arizona Cardinals in a colossal encounter for both sides.

Both teams are coming off losses that complicated their respective situations. Rams are now one game behind the Seahawks, who are No.1 in the division, and one game ahead of the Cards. Whoever loses in this match will face massive difficulties in its playoff race. The guests are in a bit better position because of a slightly better record, but that doesn’t have to mean anything in the end.

The 49ers didn’t have Jimmy Garoppolo and were without George Kittle, but they still presented an enigma for the Rams. Or it is better to say that their defense was again lethal for Jared Goff.

Rams’ quarterback threw two interceptions, one of them returned for a touchdown, lost the ball following a fumble, and was 19-of-31 for just 198 yards. This is the second time that the shorthanded 49ers beat him and his team. Instead of having a routine home-game against the divisional rivals who are in massive problems, LA experienced a last-second loss.

Cam Akers had nine rushes for 84 yards, but Dan Hendeson disappointed, having 10 carries for just 19 yards, which is way below the expected.

A defeat against the Patriots in Foxborough was the third one over the past four games for Kliff Kingsbury’s side, who is slowly losing its pace. If they suffer a defeat against the Rams, that will put them at .500, and severely decrease the playoffs’ chances.

Many suggest that Arizona faces a “fear from a win” here, and that they don’t have the experience to close what looked like a perfect season-ending. They had the chance to win against both the Dolphins and the Pats, but simply, Murray tasted what it is like to play under serious pressure.

He didn’t have a single touchdown pass against New England being intercepted in the worst possible moment, allowing the hosts to come back in the game and even take the lead. Murray ended the night with 170 passes, 23-of-34. DeAndre Hopkins and the rest of the receiving corps saw what it is like to have experienced secondary breathing down the neck, and all this resulted in Cars’ defeat.

This is the first game in this year’s series. However, in recent years, the Rams were a nightmare for Arizona and had six straight wins over this team. Last year’s match at State Farm Stadium ended 34-7 for the guests.

Check this out. The Over/Under limit for this match is 48.5 points. Remember, these are two very potent offenses, who have to explode at some moment, despite struggling in the recent few games. Both Goff and Murray didn’t have too many back-to-back contests in which they performed poorly. Therefore, Over 48.5 points.