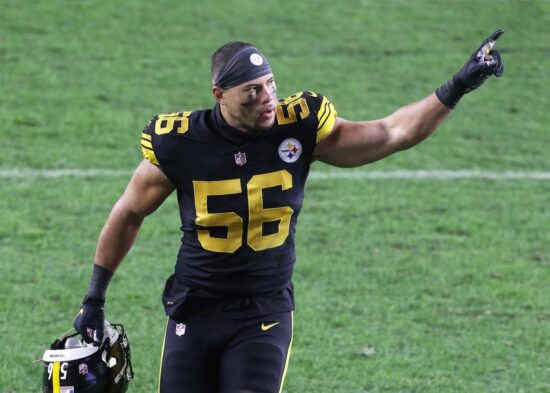 It’s hard to believe that one of the biggest quests so far in the Pittsburgh Steelers’ 11-0 season could come Monday against the Washington Football Team. That’s exactly the spot Mike Tomlin’s team find themselves in though, playing on a short week after a rare Wednesday game up against a Washington team that has been off since last Thursday.

The Washington Football Team (WFT) should be healthy and well-rested not to mention riding a little bit of a high after a 41-16 win in front of the nation in the Thanksgiving afternoon game. The victory propelled 4-7 WFT into a momentary slot atop the NFC East, which they now share after another Giants win on Sunday.

The NFC East is arguably the most maligned in the history of the NFL, but Washington is showing signs of strong play as of late. Rookie Antonio Gibson had 115 yards rushing on just 20 carries vs. the Cowboys which included 3 TD runs. Gibson has 8 scores in the last 5 games, but keeping that stretch going will be tough against Pittsburgh’s #3 overall defense.

Washington has the ability to be a very balanced offense on Monday afternoon however. Alex Smith had 390 and 325 yards passing in his first two games since becoming starter, and has a great target in Terry McLaurin who is 5th in the league in reception yards. McLaurin has 7+ catches in 5 of the last 6 games.

Set Them Up, Steelers Knock Them Down

Pittsburgh is 11-0 on the year, and that undefeated record should help them avoid getting complacent in games like this. The Steelers have 4-days rest compared to 10 for Washington, and had a very unique stretch last week with the game against the Ravens being pushed back 3-4 times.

Despite the awkward 3:40 EST Wednesday afternoon start, Pittsburgh once again took care of business in toppling Baltimore 19-14 last game. That tilt was by no mans pretty with the Steelers managing just 68 yard on 20 carries, but Ben Roethlisberger kept the team undefeated fueled by 51 pass attempts. Even on that many drop backs, Roethlisberger wasn’t sacked vs. Baltimore – a good stat heading into a game with Washington’s #2 ranked defense in sacks.

A 16-0 regular season looks doable, as the Steelers go at Buffalo, at Cincinnati, home vs. Indianapolis, and at Cleveland after hosting Washington. Pittsburgh is going to have a huge bullseye on their back the rest of the year though, starting with a very capable WFT team on Monday afternoon.

Baltimore didn’t do much against the Steelers defense last Wednesday, which is understandable considering Pittsburgh ranks tops in takeaways, points allowed, and passing yards given up this season. The Ravens also had double digit starters missing that game, but the Steelers are going to face the opposite of that in a Washington team that has refreshed since last playing on Thanksgiving.

Washington is just 1-4 on the road, but also a +10 point underdog in a game that is crucial to their NFC East position. With Pittsburgh playing in such weird circumstances, we’ll have to take the points.