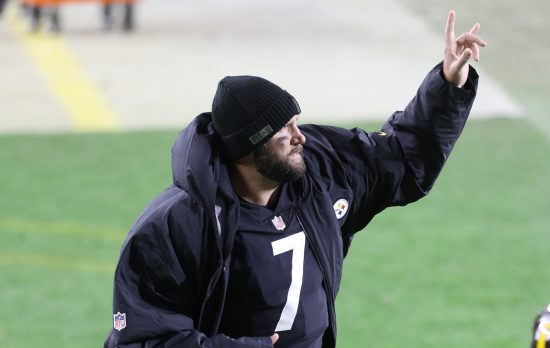 For one moment, many believed that the AFC Wild Card game between Cleveland Browns and the Pittsburgh Steelers might be in jeopardy after the COVID-19 outbreak in the Ohio franchise. Browns’ head coach Kevin Stefanski is out, and that is a massive blow for the guests.

We are still waiting for additional updates on this matter, suggesting that you, too, keep an eye on any info regarding Cleveland’s players. The Steelers don’t have such problems, meaning that they can be fully concentrated on making a gameplan for winning this matchup.

The former No.1 has been doubted a lot. Even though Mayfield led the Browns to the playoffs after 18 years of waiting, many still don’t believe in the young QB. His 25 TD passes with just 8 picks are not the reason for that, but a gunslinger’s reputation, as he likes to throw passes that aren’t suitable at certain moments, is.

When you have Jarvis Landry and Odell Beckham Jr., that is reasonable, as these two guys present the elite of the NFL’s receiving corps. Apart from them, Mayfield invented several other WRs, and the Browns right now have six players with three or more receiving TDs.

When mentioning the offense, Cleveland has arguably the best running back duo in the league, led by Nick Chubb, who eclipsed a 1,000-yard mark in just 12 matches, adding 12 scores as well. Dual-threat Kareem Hunt has 1,145 yards from the scrimmage with 8 TDs. They will be heavily tested against the Steelers’ iron curtain.

This might be the last opportunity for Ben Roethlisberger to win another Super Bowl. He’s getting older, while on the other side, the Steelers have a perfect team, well balanced in all the lines, with enough potential to go all the way. The only thing they lack is him showing up in crucial moments.

Big Ben made mistakes throughout the entire year, and even though his stats are not revealing that, this is what happened. With 33 TDs and 10 picks, some would say that he had a solid year, but those who watched the Steelers won’t agree.

On the other hand, Pittsburgh’s defense had a stellar year, being the third-best defense in yards allowed, 305.8, the best when it comes to the sacking, 56, forcing nine turnovers more than their offense lost it. Also, they had 18 picks, tying the first place in the NFL.

Browns vs Steelers Head to Head

The most recent match was in Week 17, and the Browns won it in Cleveland, 24-22, but that one saw both head coaches calculating. In the first match of the season, the Steelers exploded at Heinz Field, smashing the rivals, 38-7.

The spread on the Steelers is -6, or as we like to say, one converted touchdown. Now, the hosts have more experience in the playoffs, especially Mike Tomlin, who no doubt has a couple of aces up his sleeve for contests like this one. The Steelers’ defense will step up here and solve the game, as they clearly have an edge against the Browns’ offensive line. Our opinion is that Pittsburgh should win by covering the spread.