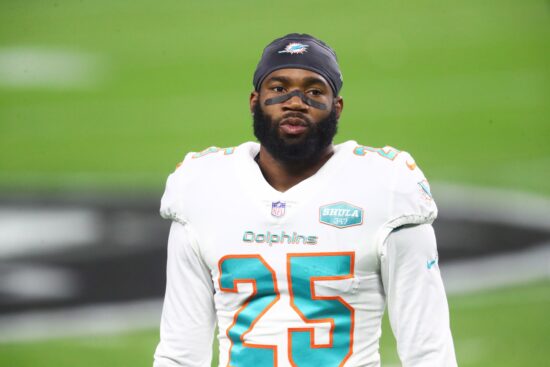 Once he signed a four-year $75 million deal with the Miami Dolphins, Xavien Howard was the highest-paid CB in the NFL. Back then, it was maybe the best deal in the league for both the team and the player, but as time went by, things didn’t develop in the proper direction for either side.

Howard stated yesterday that he feels undervalued and that the team has no respect for him or his game. It seems that at this point, the current deal isn’t suitable for the player anymore.

According to Howard’s words, he is one of the best CBs in the league but is only the second-paid in the team, and right now, the sixth highest-paid in the NFL. Byron Jones, Miami’s other CB, signed a five-year deal for $82.5 million, and apparently, that bothers Howard a lot. Apart from that, he is due $12 million in non-guaranteed money this year, something the 28-year old doesn’t like and wants to change.

Reportedly, there have been some contacts between him and the team, but apparently, the Dolphins didn’t want to negotiate a new deal. In the meantime, Howard switched agents, all because he wants a new contract, regardless of the consequences.

Since he became a pro, Howard has the second-most interceptions in the league, 22, ten of them in the previous season, which was by far the most in the NFL. Many believe that he was the essential piece in Miami’s solid offense this year.

Cobb Back With Aaron Rodgers

It appears that Rodgers’ deal with the Packs included bringing back one of his favorite targets, WR Randall Cobb. Just one day following a “peace treaty” between the franchise and the three-time NFL MVP, the news broke out that Cobb is close to coming back to Wisconsin.

While playing together, the two developed a superb relationship, with Cobb becoming one of Rodgers’ most productive targets. Rodgers used the former Kentucky star as a slot receiver, something he lacked since 2019 when wide receiver decided to leave the Packs. Prior to that, the two delivered 41 TDs while playing together.

At the moment, Cobb is in Houston, but it is expected to have him back as soon as the trade is arranged, which would be in the next couple of days.

Randall Cobb will also mentor young Amari Rodgers, a rookie drafted in the third round. Amari Rodgers’ father and coach at Kentucky was one of the most deserving persons for Cobb’s development, and there is a strong connection between the two.

Watson to Appear in Houston

The Texans are scheduled to have their first official practice of the year today, and according to all the relevant sources, Deshaun Watson is expected to appear in it. The prolific QB decided to avoid fines and problems and show up at the training camp, but he is still determined to leave the team.

On the other side, the Texans are now willing to be listed for potential offers and are open to any proposals. However, the price for one of the best quarterbacks in the league will be very high.