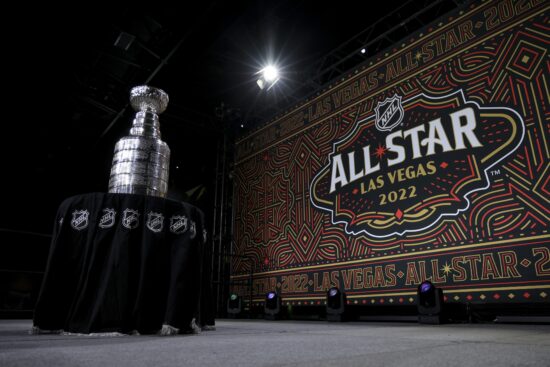 One of the most exciting weekends of the season in the NHL takes place this weekend, as the NHL All-Star game will see all of the league’s best players on show. For the sixth consecutive time, the weekend will consist of 3-on-3 games in single-elimination format, with the winning team being crowned after the final on Saturday evening.

Player To Score The Most Goals: Semi-Finals Only

Team To Score The Most Goals: Semi-Finals Only

Team To Score The Least Goals: Semi-Finals Only

The teams are set for the All-Star Games this weekend. Captains for the respective divisions were determined via a fan vote, while the eleventh man for each of the teams was also decided by the same method. Coaches for the divisions were announced on January 11th.

Rob Brind’Amour will lead the Metropolitan, while the Atlantic will be led by Panthers coach Andrew Brunette. Colorado Avalanche coach Jared Bednar leads the Central division, while Pacific will be led into the All-Star games by Vegas Golden Knights coach Peter DeBoer. The teams for the All-Star weekend can be found below.

It will be a welcome break away from the fight for the Stanley Cup this weekend. However, cases can be made for all four teams to win the big prize of the weekend. But, we struggle to see past the Matthews-led Atlantic Division, who have so many qualities in all positions on the ice.