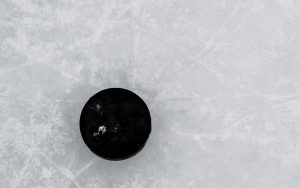 Two sides at the top end of the Western Conference will do battle on Friday evening, with vital points on the line that could see them increase their chances of reaching the NHL post-season. The Vancouver Canucks welcome the Colorado Avalanche to Canada for the game to kickstart the NHL weekend.

How To Watch: NHL TV

It has been a fall from grace for the Vancouver Canucks over recent weeks, as they come into this fixture in the worst possible form. The Canucks have lost their last four, which is the worst record in the Western Conference. It has left their post-season hopes hanging from a thread, and a defeat in this game could be the end to their hopes altogether. Over their last ten games, the Canucks have won just four times, and their form coupled with the form of the sides below them has left them in a peculiar position as they could drop down the league standings in the NHL.

The last game for the Canucks was a 4-2 defeat against the Arizona Coyotes. The Coyotes scored in the opening period, before adding three further goals in the final period. Tanner Pearson and Tyler Toffoli scored the goals in the defeat for the Canucks, but they will have to be much better when they host the Avalanche on Friday evening if they want to get the win.

The Colorado Avalanche will go into the fixture against the Cancucks as the heavy favourites, as they have been in excellent form over their past ten games in the NHL. During that run, the Avalanche have won seven times and have lost just once in regulation time. They remain in with an excellent chance of finishing the season in the NHL playoffs, and in this run of form, they will be a team that many will be hoping to avoid.

However, they will go into the fixture having been beaten in overtime in their last game against the Anaheim Ducks. The Ducks scored the only goal in overtime, after the two sides were locked level at 3-3 after regular time. Both sides scored twice in the opening period, before the Ducks went ahead in the second. The Avalanche scored the only goal in the final period to force overtime. Gabriel Landeskog, Nathan MacKinnon and Vladislav Namestnikov scored the goals in the defeat for the Avalanche.

The form of the Canucks over recent weeks means that it is very hard to suggest that they will win this game. The preference would be for the in-form Colorado to bounce back from their recent defeat.