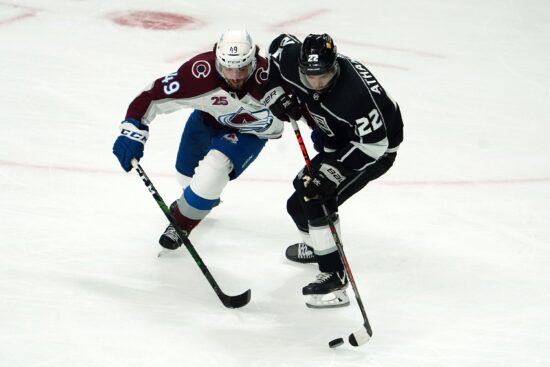 Both these teams played a close tight knit affair on Tuesday after the Avalanche came out of top 3-2. Colorado scored three straight goals before LA finally responded in the third period with two of their own but it ultimately was not enough as the Avalanche held on to win it.

Now we will see which teams made adjustments for the second game of the series as the Kings will look to limit their penalty minutes while the Avalanche try to get more physical and record more hits.

The name of the game with this team has been goals and goals in big numbers. Already averaging four a game, this team has had no issues finding the back of the net proving they have the offense that lead them deep into the playoffs. More importantly this team has eight power play goals! That comes out to an insane average of nearly 50 percent efficiency when they are up a man!

Andre Burakovsky and Nathan McKinnon have been the fire starters for this team. McKinnon leads the team in points with give but also in goals with two. Burakovsky had been leading the team in every statistical category thus far before suffering an upper body injury before the Kings game that kept him out. If this team can get him back in the lineup, I like their chances a lot in this one considering they did not even need him to grab a victory last game

Kings Struggling at the Start of the Year

After back to back leads being blown in the third period to the Minnesota wild only to lose both games also in overtime, the Kings now have cotton mouth on offense. Their goal dry spell lasted until the third period as I said above as their own comeback fell short to force OT on Colorado.

In order to get their first win, they need to play a complete game. Their leads blown against the Wild two times in a row means they were so close to being 2-1 but there are some positives to be taken away.

They are averaging almost three goals a game and none of their games so far have been blowouts, just three tough one loss games to swallow thus far. If they can ride their top performers like Jeff Carter, Andreas Athanasiou and Anze Kopitar there is no reason they can’t turn their season around.

If Burakovsky can’t go in this one, I will pick the home underdogs. The Kings have already been gut-punched in their first three games this season and are hungry for a win even if it is up against a Stanley Cup favorite.

Their defense will still keep them in this game as they have all season, but I think this team will finally get a lead late and be able to keep it in the final minutes of the third period. They clearly cannot hold onto one throughout the duration of a game, so maybe jusr grabbing one for the final few minutes of a game will allow them to get their first win.