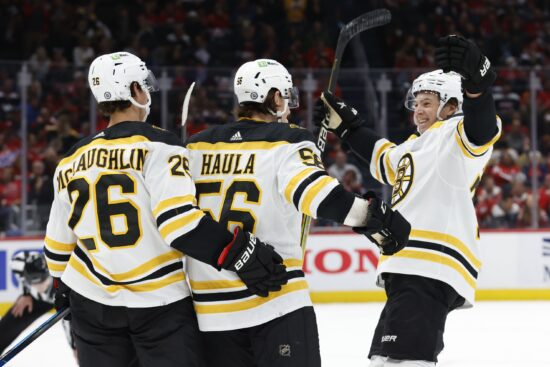 If you’re looking for the latest Bruins vs Lightning prediction and odds, then look no further than Vegas Odds.

Two of the in-form sides in the Eastern Conference clash in the NHL on Monday evening. The Boston Bruins will be looking for a seventh straight win, while the Tampa Bay Lightning are chasing a fifth consecutive victory.

Both the Boston Bruins and Tampa Bay Lightning have been in solid form over their previous ten games, and both come into this fixture looking to maintain their solid recent run of form. The Boston Bruins currently sit top of the Eastern Conference standings, having gone 16-2 in the NHL this term.

They have also been in excellent recent form, as they have picked up six straight wins. They are the highest scorers in the Eastern Conference this term, having scored 75 goals. Their latest win was recorded over the weekend against the Chicago Blackhawks, with David Pastrnak scoring twice in a 6-1 home win.

The Tampa Bay Lightning may have started slowly in the NHL this term, but they are certainly in menacing form at present. They have won seven of their previous ten games in the NHL, and they have lost just twice in regulation time during that period. They come into this fixture looking to record a fifth straight success.

Tampa was pushed to the edge in their latest fixture, as they needed overtime to see off the Nashville Predators. The sides were locked level at 2-2 at the end of regulation time. Alex Killorn, Nikita Kucherov, and Steven Stamkos scored the goals in the win for the Lightning.

This should be a high-quality match-up between two of the most entertaining teams in the Eastern Conference. However, the slight preference is for the Bruins, who have won their previous three against the Lightning.