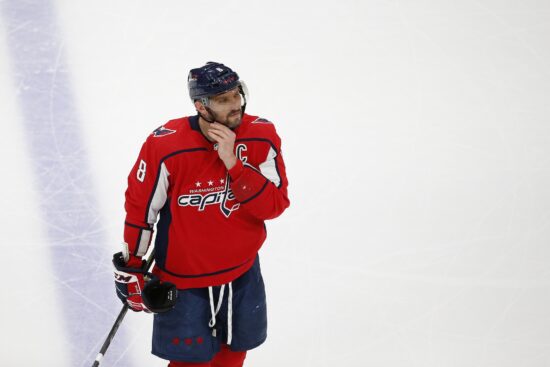 The question on the lips of all NHL fans is whether Alex Ovechkin will finally overtake the goal record that was set by Wayne Gretzky. Following the new past month that Ovechkin had signed a new deal with the Washington Capitals, there was a sense that he now has a realistic chance of surpassing the NHL great. But, do the odds agree?

The BetOnline.ag odds would still suggest that Ovechkin will fall short in his bid to overtake the former NHL great. Wayne Gretzky to keep hold of his all-time leading scoring record is currently -300, while it is a +200 chance that the Capitals star will break the record.

It is also worth mentioning that this market will likely continue until Ovechkin retires from the game, which means that it isn’t just open for the current season.

Ovechkin is certainly getting closer to the number of goals recorded by Gretzky, which means that there is at least a realistic chance that it could happen. In truth, no other player has come close to reaching the 894-goal mark that was set by the Canadian great.

The Capitals star is currently on 730 ahead of the new season, after scoring 26 goals overall in the regular and post-season last year. That was his lowest-scoring season since arriving in the NHL with the Capitals. However, what other names feature above him in the current rankings?

The simple answer to that question is of course he can. However, how realistic it is should be a separate question. Ovechkin will need to average a tally of 33 goals per season over the length of his current deal. It is worth mentioning that he has never scored fewer than that tally in a full NHL season throughout his career. Last season’s tally of 24 may have been a career-low, but it was also played in a condensed schedule, which saw the Capitals play just 45 games in the regular season.

That could have a bigger impact on the record further down the line, as there will likely be suggestions as to whether he would have broken the record should he not. That would especially be the case if he finishes just a few short of the all-time record. Ovechkin will certainly be eyeing the players above him in the overall standings during the regular season this year, as he looks poised to go ahead of Marcel Dionne and Brett Hull at least.

He is 35 short of Jaromir Jagr too, which means that it will come as no surprise if he goes into the 2022-23 season in third place overall. However, whether he can reach the magic 900 total remains to be seen.