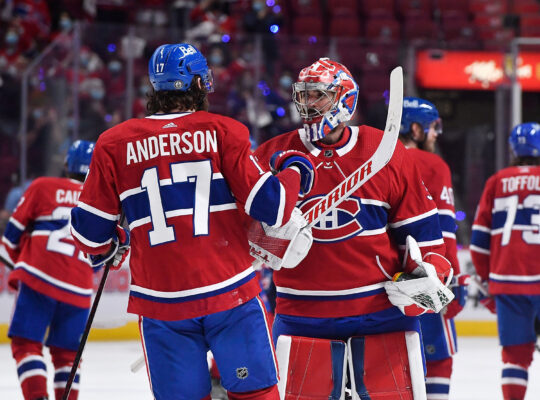 If you’re looking for the latest Canadiens vs Blackhawks prediction and odds, then look no further than Vegas Odds.

Two sides locked towards the bottom of their respective Conferences will clash on Friday. The Montreal Canadiens currently sit sixth in the Atlantic Division, while the Chicago Blackhawks come into this fixture sitting bottom of the Central Division.

It has been a really disappointing month or so for the Chicago Blackhawks, as they have dropped down the standings in the Western Conference. The Blackhawks had started the season in relatively solid fashion, but they have picked up just two victories over their previous ten games.

During that run, they have lost on seven occasions in regulation time, and they suffered a further defeat in overtime. That run leaves them sitting bottom of the Central Division. Furthermore, they come into this fixture having lost five on the bounce, with their most recent loss coming against the Dallas Stars earlier this week.

The Montreal Canadiens have been one of the most inconsistent teams in the NHL this term, as they have gone 10-9-1 so far. That is also mirrored by their form over their previous ten games, as they have gone 5-4-1. However, they did look very solid in their last game against the Columbus Blue Jackets.

It was a professional display on the road by the Habs, as they collected a 3-1 win. All four goals were scored in the final period, with the Canadiens coming out on top. Sean Monahan, David Savard, and Arber Xhekaj scored the goals.

The Habs have been inconsistent throughout the season, but they have faced few issues against the teams below them in the NHL. Therefore, we could see the Canadiens claiming a second straight win on the road on Friday.