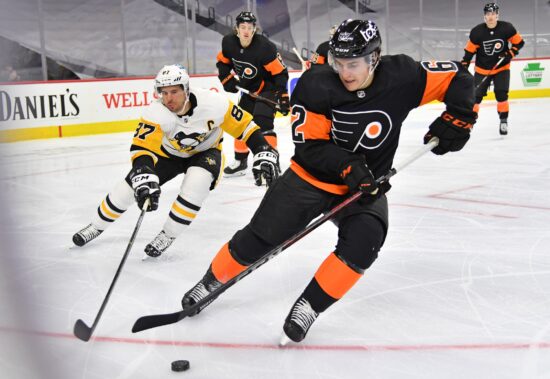 No feelings are lost in this battle of close rivals between the Pittsburgh Penguins and Washington Capitals. Through the last 15 seasons both these teams have displayed what it takes to make it to playoffs and come home with a championship while they often had to go through each other multiple times to do it.

Now in a brand new season this hatred is renewed but both teams come in with similar situations at goalkeeper. Both longtime goalies of these programs departed in the offseason with former Caps goalie Braden Holtby moving on to play for the Canucks while the Penguins longtime goalies Matt Murray and Marc Andre Fleury are both not on their roster.

Still, these lineups contain the usual suspect of players on each line which should make for another great matchup in this rivalry at noon on Sunday.

Caps Off to A Good Start

Washington’s high-powered offense seemed to be as good as advertised in their opening win against the Sabres. They scored six goals while their trio of Alex Ovechkin, T.J. Oshie and Nicklas Backstrom helped the Caps jump out to a 4-1 lead midway through the second period.

However what needs to be said is the fact that this team let in four goals as well that lead to a closer than it should have been 6-4 win. The only stat the Sabres beat the Caps in was fewer penalty minutes and they actually out hit them by one yet they still managed to get four goals on them. This could be due to the fact that their new goaltender is not used to being a starter and had large shoes to fill from Holtby’s departure.

The goalie of course is Ilya Samsonov who is just 23 years old but has been with the Caps organization for five years now after being drafted in 2015. The four goals given up is not entirely on him as some teams that build a huge lead in these games tend to get softer on defense, but they will need this young netminder to step up his save percentage as they will face much closer games than these.

As I said earlier the Penguins also have a fresh face in at goalie with Tristan Jarry taking over as the starter for the first time. The netminder had an unfortunate first career start and surrendered six goals to the Flyers with only 19 saves on the stat sheet. However not all these goals were on him given the fact that the Penguins were actually tied 3-3 at the beginning of the third period but were outhit 31-23 and loss the faceoff battles 29-21. Still, the Penguins offense outshot the Flyers 34-25 which just made the case Philly had someone better in net that night.

I like Washington in this one. They may have surrendered four goals to the Sabres but they have similar offensive prowess to the Flyers against a goalie that doesn’t look like he has figured it out yet to start the season. Later in the season this one might go another direction with more games under Jarry’s belt, but this early on I look for the Caps to take advantage.