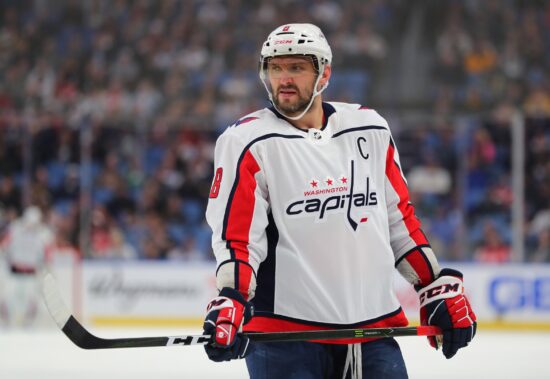 The Buffalo Sabres failed to make the playoffs last season, but that’s nothing new considering the team hasn’t made the postseason since 2011.

The Washington Capitals made the playoffs, but their season was still considered a disappointment any time this squad fails to win the Stanley Cup.

Washington’s championship window may be closing, but they’ll try to get on track out of the gates in the season opener.

The Capitals look pretty much the same on their offensive attack, which is a good thing considering they were 2nd in the NHL in scoring last season. Defenseman John Carlson provided a huge lift last year, scoring a career high 75 points. Alex Ovechkin turned 35 in September, but he’s still playing at an elite level with 48 goals in 68 games.

Washington will have a lot of leadership from the blue line this year in addition to Carlson, with the signing of veteran Zdeno Chara, who spent the last 14 years with the Bruins.

Washington was very middle-of-the-pack defensively last season, and their biggest question to answer is replacing veteran Braden Holtby in net. Holtby anchored the Capitals to their Stanley Cup win two years ago, and finished in the top 5 in Vezina Trophy three seasons, winning it in 2016 as the league’s top goaltender.

The Caps turn the goaltending reins over to 23-year-old prodigy Ilya Samsonov, who went 16-6-2 last year with an impressive 2.55 GAA. Washington looks to be in good hands in net, as Samsonov had a better save percentage and goal allowed average than Holtby last season.

Fans though last year was going to be different after Buffalo stormed out of the gates with an 8-1-1 record. In true Sabres fashion the team faltered after that, finishing 30-31-8 as the 4th worst team in the East.

The Sabres do have talent, and Jack Eichel did net 78 points last season including 36 goals. Buffalo made a lot of front office changes in the offseason though, and the losing and uncertainty is starting to get to the increasingly disgruntled Eichel. Buffalo made some moves to appease their star however, somewhat miraculously landing Taylor Hall and pulling off trades for Eric Stall and Marcus Johansson.

Buffalo should be better on offense this year, as they were 21st in scoring a season ago. The Sabres also had a bottom 10 defense, and will continue to go with the goaltender by committee approach with Carter Hutton and Linus Ullmark splitting reps.

There’s great value on the Capitals at -135 in this one, mostly because Samsonov is expected to make a huge leap in net.