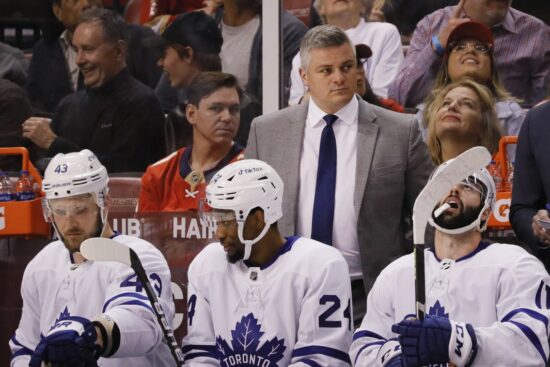 The start of the 2022-23 NHL season is fast approaching. But, some coaches will already be going into the new season under immense pressure, as they will be aware that their job security is far from assured. NHL Coach specials are available online, where bettors can wager on the coach that they think will be the first to leave their post this season.

This looks set to be a make-or-break year at the Scotiabank Arena for Sheldon Keefe. The coach has been at the Toronto Maple Leafs for three years, but for a side with massive expectations, he has flattered to deceive throughout his time in charge. The Leafs are once again among the favorites to win the Stanley Cup this season, and there is a widespread belief that the talent within the squad is more than good enough to make a charge toward the title this season.

However, that same expectation was also there last season, before the Leafs crashed out in the playoffs in the opening round against the Tampa Bay Lightning. The defeat means that the Leafs now holds the record for the longest active playoff series win drought, as they haven’t recorded a single series victory since 2004. Keefe will need a lightning-quick start this season to ease the pressure on his shoulders.

It’s always difficult to predict how a new franchise entering the NHL may perform, but there was a lot of disappointment based on Seattle Kraken’s first attempt in the league. That ensures that Dave Hakstol is also among the front-runners to be the first coach chopped this season. Throughout last season, the franchise went 27-49-6, but I’d be extremely surprised if he isn’t given more time to work with this team, given the success he achieved on the backroom staff with the Flyers, which saw them reach the playoffs on two occasions in four seasons.

Lindy Ruff is another of the leading contenders this season to be the first coach axes. Last season didn’t get off to the best start, as the Devils lost Nathan Bastian in the pre-season, before managing to reacquire the star in November. However, it didn’t get much better as they missed out on the playoffs for the fourth straight season following an 8-1 defeat against the Boston Bruins. The Devils conceded a massive 307 goals last season and won just 27 times.

I struggle to see Hakstol being the first coach given his marching orders this season, while Ruff may also be given time. But, the pressure is really on Keefe, and he will need a very quick start to the season. That pressure could be telling, and it looks hard to oppose him being the first NHL coach to lose his position in the 2022-23 season.