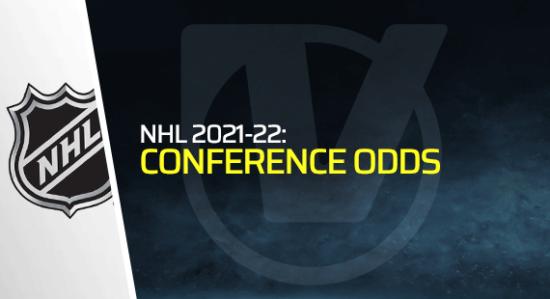 The start of the new NHL regular season brings with it renewed hope for all teams involved. It was recently announced that the league would be returning to its original format this coming season, which means that the Eastern and Western conferences will return. Changes were made last year due to the COVID-19 pandemic and travel restrictions that were in place.

The Western Conference looks set for another competitive season, but the Las Vegas odds currently see two sides as the leading chances. Unsurprisingly, the Colorado Avalanche are the franchise at the top of the betting for the Western Conference, as they are also the favorites for the Stanley Cup in 2022.

The Avalanche enjoyed a decent season last year, as they effortlessly made it through the first round of the playoffs with a whitewash 4-0 success over the St Louis Blues. However, they were beaten in the following round by the Vegas Golden Knights 4-2.

The Golden Knights are the close second favorites at present, as their season came unstuck with a semi-final series defeat against the Montreal Canadiens. Both franchises were in the top four when the Western Conference was last competed in 2019-20, with the Avalanche finishing just about the Golden Knights.

The Golden Knights could be the value pick at this stage of proceedings, as they look to go one better than last season and reach the Stanley Cup finals for the second time in their history.

It was a highly unusual circumstance last season, as both Stanley Cup finalists came from the Eastern Conference. Ultimately, it was a historical occasion for the Tampa Bay Lightning as they successfully regained the Stanley Cup for a second consecutive season. It would come as no shock to any fan that the Lightning are once again the favorites for the Eastern Conference title this season.

The latter of those could be the most realistic contender, as they made it through to the second round of the playoffs before being beaten by the New York Islanders last season. They will certainly improve, but it is still hard to look past the Lightning, who have dominated the NHL for the past couple of years.