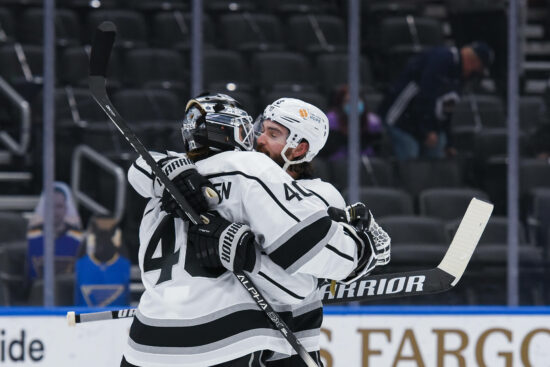 If you’re looking for the latest Coyotes vs Kings prediction and odds, then look no further than Vegas Odds.

Two teams that will both be looking for a return to winning ways will clash in the NHL on Thursday. The Arizona Coyotes and LA Kings have both lost their previous two, but something will have to give at the Crypto.com Arena.

If they are going to have a serious chance of a playoff run this season, their home form must improve. They have picked up just six wins from 12 home games this term, which is the fewest of any side in the top six of the standings. Their latest defeat was an entertaining 9-8 loss after overtime against the Seattle Kraken.

The playoffs are something that the Arizona Coyotes could only dream about, as they find themselves sitting second bottom in the Western Conference standings. Only the Chicago Blackhawks and Anaheim Ducks separate the Coyotes from the bottom of the pile.

They come into this fixture having lost their previous two, while they have won just four times in their previous ten games. Fortunately, this game will be a road trip, where the Coyotes have excelled more so than at home this season. On the road, Arizona has picked up six wins, while only one victory has been recorded in front of their own fans.

This is a big game for both teams on Thursday, as they will both be looking to end disappointing runs of form. However, we give a slight preference to the Kings, as they have been more competitive in recent fixtures, and will desperately need to turn a corner at the Crypto.com Arena.