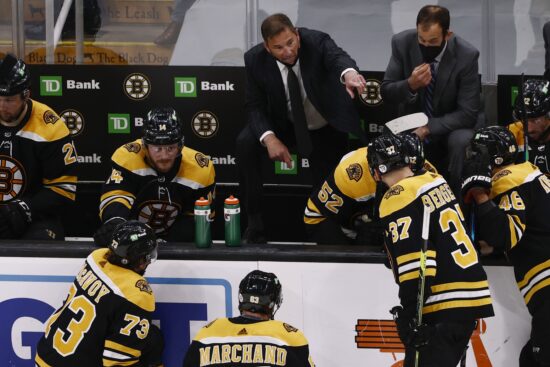 The NHL post-season is in full swing, with the Stanley Cup playoffs reaching a pivotal stage. The Montreal Canadiens and Tampa Bay Lightning have already booked their spot in the semi-finals, and the New York Islanders and Vegas Golden Knights will be hoping to get the final win they need to join them. However, there have been a number off-rink news stories going around over the past couple of days.

Nazem Kadri was back in the headlines this week, as it was revealed that his appeal to an independent arbitrator was turned down this week. Kadri had been hoping that another appeal could have meant a reversed decision, which would have seen him eligible to play in the must-win game that the Colorado Avalanche have against the Golden Knights on Thursday. Defeat for the Avalanche will mean an end to their Stanley Cup journey this season.

Kadri was handed the suspension after an illegal check on Justin Faulk of the St Louis Blues in game two of the series between the teams back in the middle of May. The forward has already served a ban for seven games, but the refusal to overturn the decision means that he will not play another part in the playoffs unless the Avalanche beat the Golden Knights on Thursday. Kadri was in excellent form in the playoffs last season, as he scored nine goals and made nine assists, to contribute 18 points in the 15 games that he played.

Cassidy Fined For Comments On Officiating

The Stanley Cup Playoffs are certainly intense match-ups, but one figure that certainly went over the edge this week, according to the NHL, was Boston Bruins head coach Bruce Cassidy. Cassidy was left fuming by some of the decisions made by officials in game five of their series against the New York Islanders, which the Bruins lost.

The main decisions that irked Cassidy came early on, as the Islanders were given the opening three power plays, from which they made the advantage count on three of these power plays in the game. The NHL responded quickly to the strong claims made by Cassidy, by fining the Bruins coach $25,000. The defeat means that the Bruins now trail the series 3-2 ahead of game six on Wednesday evening. Defeat in New York this evening would mean that they are knocked out of the playoffs.

It has been an expensive post-season for the Bruins, as the fine for Cassidy was the fourth fine that has been handed out to one of the staff or roster members. All fines have come during this current series with the Bruins, as David Krejci, Jake DeBrusk, and Nick Ritchie have already been hit with $5,000 fines. Boston will be hoping that the ‘us against the world’ motive will come into force this evening, as they look to keep their playoff hopes alive against the Islanders.