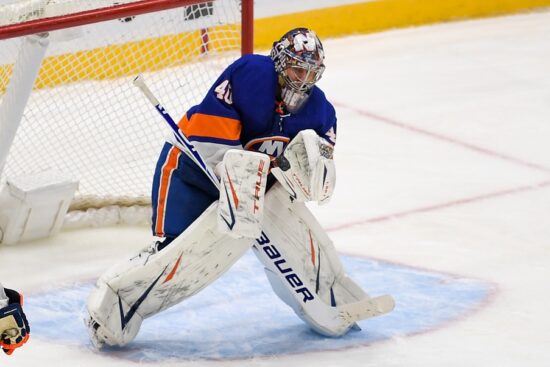 Both these teams are playing good hockey to start off the year as the New York Islanders play host to the New Jersey Devils on Thursday night. The Islanders won their last game at home against the Bruins 1-0 while the Devils also won another close contest against the Rangers 3-4 after nearly blowing a big lead late in the game. This one should be competitive into the very end so let’s dive into it.

The stat alone of New Jersey averaging 2.67 goals for them versus 2.00 goals against them should tell you all you need to know about them through three games. They have just been good enough to get by but the trouble has been the lack of help with their goalie on defense.

The Devils are averaging a crazy number of 38 shots faced a game which is crazy considering they still maintain a winning record. Their goaltender Mackenzie Blackwood still has not lost in regulation and posts a great 94 percent save percentage but is facing an all hit or miss Islanders squad in this series so it will be interesting how they deal with their streaky shooting.

On the offensive side of the puck Center Jack Hughes has taken over the goal-scoring duties with three goals so far and six points while not even including his power play stats. Any sort of offensive attack from New Jersey in this one to take the pressure off the porous defense will be key in helping them win for now until they figure out their defense.

New York Is Hit or Miss

The Islanders are 2-1 on the season but their first three games have the following score lines: 4-0 win, 5-0 loss, 1-0 win. So basically this team scores a lot or they don’t score at all with no in between whatsoever. What’s also more concerning was the fact that that 4-0 victory against the Rangers was their game to open up the season so they have only scored once since that impressive victory.

One thing that could help the Islanders out is staying out of the box. Their PIM this season is 44 which is obviously inflated from the lack of games they’ve had but it starts a potential trend which has already let opponents score two power play goals on them while they have only mustered up two themselves. I’m not sure what will break the trend of these weird score lines the Islanders have finished with so far but one thing is certain, if they gain a lead they will keep it, if they don’t they won’t be able to catchup.

I predict the Islanders to have a hot streak to beat the Devils on Thursday. Their offense might be inconsistent but I see them having success against a defense that is forcing their goalie to make basically 40 saves a game just to give them a shot to win it. Look for the Islanders to build a lead then run away and hide in their first game that won’t end in a shutout for either side.