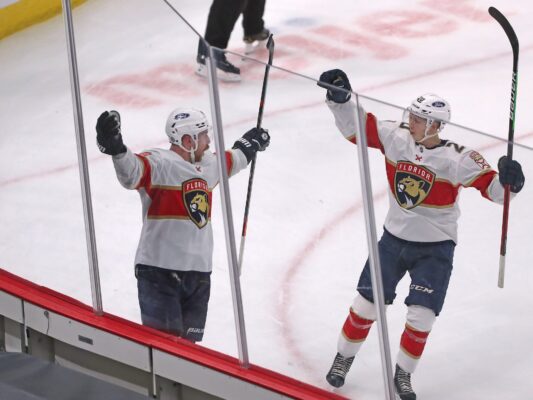 NHL teams are making their moves in the post-season to build rosters that the hierarchy believes will be able to challenge for playoff positions next season. Moves have been made this past week by the Winnipeg Jets and Florida Panthers, who have signed exciting players to deals with the respected franchises.

A trade was announced in the early hours of the morning, as it was revealed that Brenden Dillon had been traded to the Winnipeg Jets from the Washington Capitals. In return, the Capitals received second-round picks in the 2022 and 2023 NHL Drafts. The 30-year-old has been in the NHL since being picked up by the Dallas Stars. He made his debut for the Stars in the 2011-12 season, before breaking into the team as a mainstay in the 2012-13 season.

In that first season in the NHL, he scored three goals and made five assists in 48 games. Dillon moves on to the San Jose Sharks in the 2014-15 season, where he would play six seasons. His best season came in the 2018-19 campaign, as he played 82 games, and scored 22 points. Dillon also has playoff experience after having played in the post-season in six of the past seven seasons. For the past two seasons, he has been with the Capitals. He played 56 games last season, scoring twice and registering 17 assists.

However, his move to the Jets has done little to shorten their price to win the Stanley Cup next season, as they are still valued at +4000 with BetOnline.ag to achieve that feat.

It was also announced this week that the Florida Panthers had agreed to a new deal with Sam Bennett. The center would have been an unrestricted free agent on Wednesday if an agreement wasn’t reached. Bennett has only been with the Panthers since the middle of April, after being traded to the franchise from the Calgary Flames.

He enjoyed a fine opening to the season with the Flames, as he played 38 games. During that period, he scored four goals and made eight assists. He continued his fine form with the Panthers after moving to the franchise, as he played ten games at the tail-end of the regular season. He scored six goals and nine assists. Bennett also played a prominent role in their push in the playoffs, as he played five times, scoring once and making four assists.

Bennett has been in the NHL since being drafted by the Calgary Flames in 2014. He was named in the Second All-Rookie Team in 2012-13 during his time in the OHL. The Panthers are towards the top of the betting for the Stanley Cup next season with BetOnline.ag, as they are currently priced at +1800. Only six franchises have shorter odds than the Panthers to win the Stanley Cup next season.