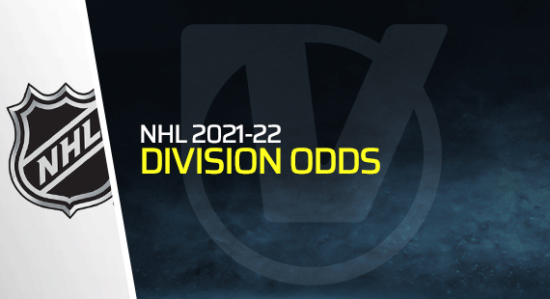 The countdown is on until the start of another NHL season, but before teams can even begin to think about the Stanley Cup success that they are dreaming about, they must perform in their respective divisions. The return to the original format in the NHL for the coming season means that it promises to be as exciting as ever. Below, you can find the latest odds for the respective winners of the divisions for the coming season.

It’s likely that they will be strong in the regular season again, but the top two in the betting are hard to ignore. The Lightning are the two-time defending Stanley Cup champions, and would be a solid pick to win the Atlantic Division again this season.

The Central Division looks to be a more straightforward case in 2021-22, as the Colorado Avalanche are the clear favorites in the betting. Colorado are expected to have a big season this year, as they are also at the top of the betting for the Stanley Cup.

The Dallas Stars and Minnesota Wild look to be the leading contenders to rival the Avalanche, but it remains to be seen whether either of the teams can achieve the required consistency. Therefore, the Avalanche are the top pick here.

However, the preference would be for the New York Islanders, who impressed when reaching the semi-finals last season. They could kick on this season for a strong run in the playoffs.

The most interesting of the divisions this season could be the Pacific Division, as the Seattle Kraken compete in their first NHL season. Kraken became the latest team to join the NHL after the expansion draft, and there are high hopes ahead of the bow this season.

However, the Vegas Golden Knights are an increasingly difficult franchise to overlook in this division, as they look to reach the Stanley Cup finals for the second time. They are so consistent, and therefore should top the Pacific Division.