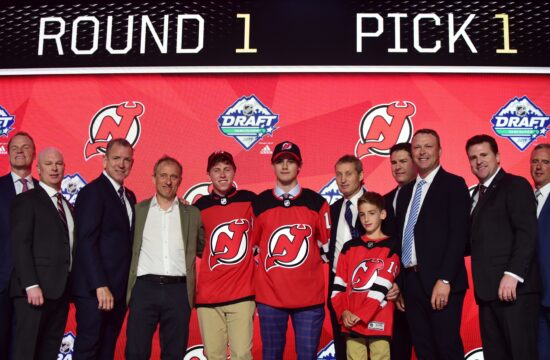 While the Stanley Cup Finals are still in full swing, the attention will soon turn towards next season. The countdown to the 2022-23 season will finally get underway with the NHL Draft 2022, which will take place at Bell Centre in Montreal. For the first time since 1985, the team that is hosting the draft will get the first overall pick, as the Canadiens will be selecting first.

The all important draft order will be essential reading before the big night in Montreal. You can find out the teams that will be picking first in the draft this year below.

Shane Wright is the hot favorite to be selected first overall in the 2022 NHL Draft. The 18-year-old from Ontario, Canada has been playing with the Kingston Frontenacs for the previous two years in the OHL.

Last season, he scored 32 goals and made 62 assists in the 63 games that he played. He was also part of the Canada team that won gold at the U18 World Championships last year. It is widely expected that he will be selected by the Montreal Canadiens to kickstart the draft.

The top European hopeful in the draft this year is Slovakian star Juraj Slafkovsky. The 18-year-old won Olympic bronze last year with his national side and has scored ten international goals in 21 games.

Last season, he played for TPS in Liiga, scoring five goals, and making five assists in 31 games. Logan Cooley is the second-ranked prospect in North America, while Joakim Kemell, Simon Nemec, and David Juricek are expected to be prominent European players in this year’s draft.

It looks as though the odds are correct when it comes to the first overall pick in the draft this year. We struggle to see past the Montreal Canadiens selecting Shane Wright first overall, and could see the New Jersey Devils then picking up Juraj Slafkovsky second overall.